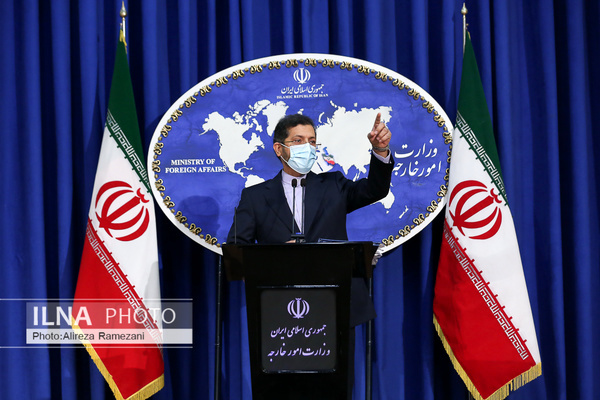 He added "The issue between Iran and the United States is not about sending a signal, but the effective implementation of Resolution 2231 and the lifting of sanctions. These do not require signals and they are completely clear."

As the name represents, the meeting is private and its details will not be released through media except some parts, Foreign Ministry Spokesman concluded.

A new round of political consultations between Iran and Greece took place last week, according to Khatibzadeh.

He noted that yesterday, the Irish Foreign Minister traveled to Iran to discuss bilateral issues and Ireland's role in UN Security Council Resolution 2231.