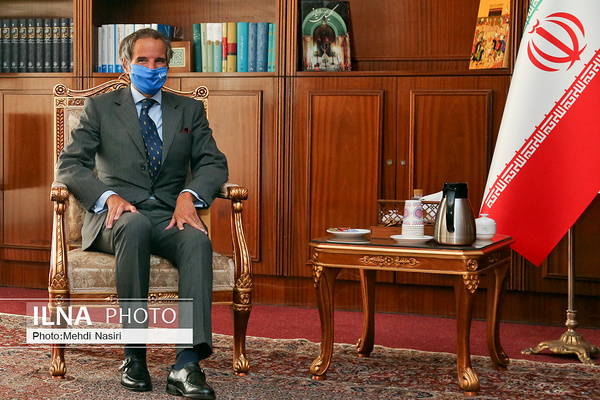 The UN nuclear watchdog has struck a deal with Iran to continue "necessary" verification and monitoring activities in Iran after Tehran slashes cooperation this week but there will be less access and no more snap inspections, the chief said.

"What we agreed is something that is viable, it's useful to bridge this gap that we are having, salvages the situation now," Rafael Grossi told a news conference on Sunday after returning from a trip to Tehran for talks with Iranian officials on how his agency will carry out its work given Iran's plan to scale back its cooperation with it as of Feb 23.

Grossi arrived in Tehran on Saturday and was welcomed by Spokesman for Atomic Energy Organization of Iran (AEOI) Behrouz Kamalvandi and Iran’s Representative in the International Atomic Energy Agency, Kazem Gharibabadi.

This is the second visit of Grossi to Iran since taking office as IAEA chief. The visit comes amid a countdown to the deadline set by Iran slated for February 23 to end the voluntary implementation of Additional Protocol (AP).

In early September, Grossi had his first visit to Tehran at the invitation of senior Iranian officials and in line with continuing Iran's cooperation and commitments as a member of this international body.