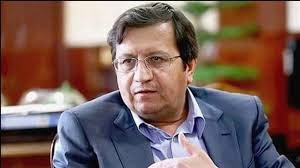 Heading a high-ranking banking and business delegation, Hemmati is scheduled to hold meetings with senior Iraqi officials with the aim of promoting monetary and banking cooperation between Tehran and Baghdad.

Iraq has been one of the main trade partners of Iran, especially in the past two years after the US unilaterally withdrew from the 2015 nuclear deal and reimposed sanctions on the country.

Back in June, Hemmati unveiled plans for using a joint mechanism with Iraq to purchase basic commodities and items excluded from the list of anti-Iranian sanctions.

Accordingly, representatives of the central banks of Iran and Iraq were tasked with working out the joint mechanism in detail to put it into practice.

In February 2019, governors of the central banks of Iran and Iraq had signed an agreement to develop a payment mechanism aimed at facilitating banking ties between the two neighboring countries.