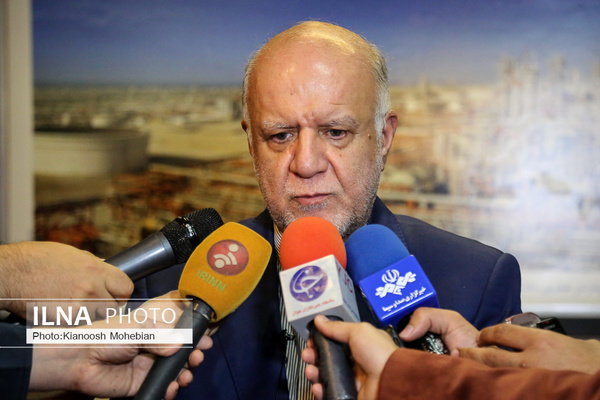 Iranian oil minister Bijan Namdar Zanganeh said that OPEC has no plans for an emergency meeting to discuss side aspect of Coronavirus.

In the ceremony of signing a contract for recycling improvement, the Iranian oil minister answered to ILNA news agency correspondent and said that at the present no one proposed to hold an emergency meeting and only the same meeting will be held in mid-March.

"Iran has also not proposed a meeting. We just insisted on reaching a consensus on the issues before the meeting."

The contract for recycling improvement, production increase and utilization of Parsi and Paranj oilfields was finalized on Saturday with the Oil Ministry and MAPNA group in attendance of Iranian Oil Minister in Tehran.

Zanganeh said with Parsi and Paranj oil projects the country's exploration will be increased up to 120 million barrel which will add $6 billion of income to the country petro-income.

"With this agreement, I hope to reach our goals in this regard and increasing our exploration up to 121 million barrel," he added.

Managing Director of South Oil Regions also said 52,000 barrels of oil are being extracted from Parsi and Paranj oilfields on a daily base.