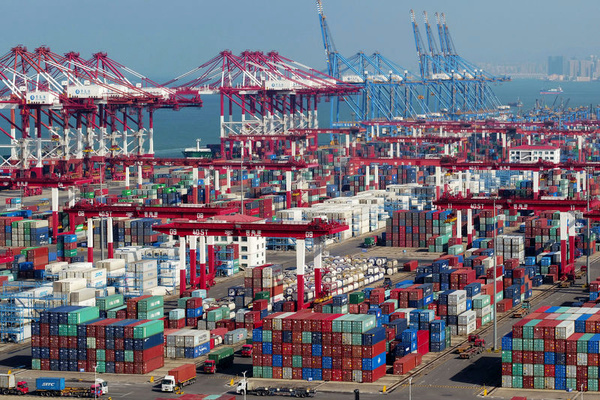 Iran has exported $32 billion of non-oil goods so far in the current Persian year ending March 21, 2020, shoring up its economy which is under severe pressure from unprecedented US sanctions.

“This is like a miracle in the current economic situation of the country,” Iran’s Deputy Industry Minister Hossein Modares Khiabani told an exports quality summit in Tehran.

The Iranian economy has been carrying on at a relatively steady clip after a period of turmoil when the Trump administration unleashed its most ferocious economic attack on the country in November 2018 with a pledge to sink its oil exports to zero.

The sanctions are part of Washington’s “maximum pressure” policy which the US administration hopes would ultimately force Iran to negotiate a sweeping deal, covering its ballistic missile program and its role in Middle East.

The Islamic Republic, however, has held its ground and said it will not renegotiate a 2015 nuclear deal which President Donald Trump abandoned in May 2018 and announced the most draconian sanctions ever on the country.

"Non-oil exports have almost replaced oil exports, and the country is governed by the revenues of the non-oil sector,” Modares Khiabani said.

However, the Trump administration is gerrymandering, tweaking the contours of its supposed sanctions relief from time to time to put more aspects of the Iranian economy under strain.

The US Treasury Department announced last month that its new sanctions targeting Iran's air and maritime transport industries would lead to the restriction of trade related to humanitarian goods.

The Treasury's guidelines said US persons would be prohibited from engaging in transactions for the sale of agricultural commodities, food, medicine, or medical devices to Iran.

The announcement put an end to Washington's oft-repeated claim that its sanctions did not affect Iran's access to humanitarian goods.

Earlier this month, the US administration announced new sanctions, targeting Iran’s construction, manufacturing, textiles, mining, aluminum, copper, iron and steel industries and set to hit much of Iran’s economy as well as Chinese companies that have conducted business with Iran.

China has long been Iran’s largest trading partner and the Islamic Republic is one of its major suppliers of oil. But the relationship has recently come under greater scrutiny.

Oil pricing agency S&P Global Platts said this month US officials were working behind the scenes to pressure China into halting all its oil and condensate imports from Iran.

China has dismissed the US sanctions, saying they amount to “bullying” and has defended its trade with Iran as legitimate and legal.

Senior US officials, the paper said, are urging Trump to keep imposing economic sanctions and wait to see if European leaders move to reimpose United Nations sanctions on Iran.