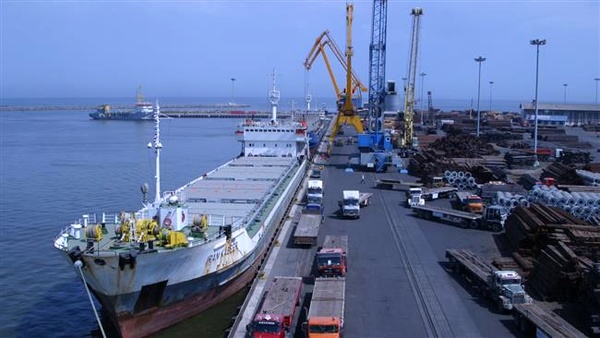 Lying on the Sea of Oman along the approaches to the Strait of Hormuz, Chabahar Port is central to India’s hopes to crack open a transport corridor to Central Asia and Afghanistan that bypasses arch-rival Pakistan, Reuters reported.

India committed $500 million to speed development of the port after sanctions on Iran were lifted following a deal struck between major powers and Tehran to curb its nuclear program in 2015.

But the state-owned Indian firm developing Chabahar is yet to award a single tender for supplying equipment such as cranes and forklifts, according to two government sources tracking India’s biggest overseas infrastructure push.

Swiss engineering group Liebherr and Finland’s Konecranes and Cargotec have told India Ports Global Pvt Ltd, which is developing the deepwater port, they were unable to take part in the bids as their banks were not ready to facilitate transactions involving Iran due to the uncertainty over US policy, the two officials said in separate conversations with Reuters.

These firms dominate the market for customized equipment to develop jetties and container terminals. One official said the first tender was floated in September, but attracted few bidders.

“Now the situation is that we are running after suppliers,” one official said, speaking on condition of anonymity because of the sensitivity of matter.

A Konecranes spokeswoman declined to comment beyond confirming the company was not involved in the project.

Cargotec and Liebherr did not respond to requests for comment.

Some tenders have been floated three times since September because they failed to attract bidders. A Chinese firm, ZPMC, has since come forward to supply some equipment, the same Indian official said.

Last month, the administration of US President Donald Trump extended relief on Washington’s broadest and most punitive sanctions, while carrying out a wider policy review on how to deal with the Islamic Republic.

Uncertainty over US policy is already causing long delays in contracts that Iran has sought with international firms to develop its oilfields and buy planes for its aging airlines.

The lifting of United Nations and European Union sanctions in 2016 partly reconnected Iran with the international financial system crucial to trade.

But large international bankers with exposure to the United States remain unwilling to facilitate Iranian deals for fear of running afoul of narrower, unilateral US sanctions that remain outside the nuclear deal.

India’s ambassador to Iran said the process of procuring equipment for the Chabahar Port was underway and that some of the customized cranes needed take up to 20 months to build. He added that the banking situation was slowing momentum.

“Tenders are re-floated for a variety of reasons, including technical specifications not being met, etc. Banking channels, in recent months, have in fact somewhat eased,” Saurabh Kumar said in an emailed response to Reuters from Tehran. “If some companies do not participate, it really is their business.”

India has been pushing for the development of Chabahar Port for more than a decade as a hub for its trade links to the resource-rich countries of Central Asia and Afghanistan. Access to those countries is currently complicated by India’s fraught relationship with Pakistan.

Bureaucratic delays, difficult negotiations with Iran and the risk of incurring Washington’s displeasure during the financial embargo in Tehran had meant there was little progress on the port until now.

But, prodded in part by China’s development of Gwadar Port, which lies barely 100 km from Chabahar on the Pakistani coast, Indian Prime Minister Narendra Modi’s government has unveiled massive investment plans centered around the Iranian port, offering to help build railroads, roads and fertilizer plants that could eventually amount to $15 billion.

So far, even an initial credit line of $150 million that India wants to extend to Iran for development of Chabahar has remained a non-starter, as Tehran has not been able to do its part of work.

“They have not sought the loan from us because they haven’t awarded the tenders, either because of lack of participation or banking problems,” said the second government official.

Ambassador Kumar said Iran had indicated it would be sending proposals shortly to tap the credit line.

Meena Singh Roy, who heads the West Asia center at the Institute for Defense Studies and Analyses, a New Delhi think-tank, said increasing tension between Washington and Tehran would have an impact on the port project.

“The Chabahar Project has strategic significance for India,” she said. “However ... nothing much seems to be moving due to new uncertainties in the region.”