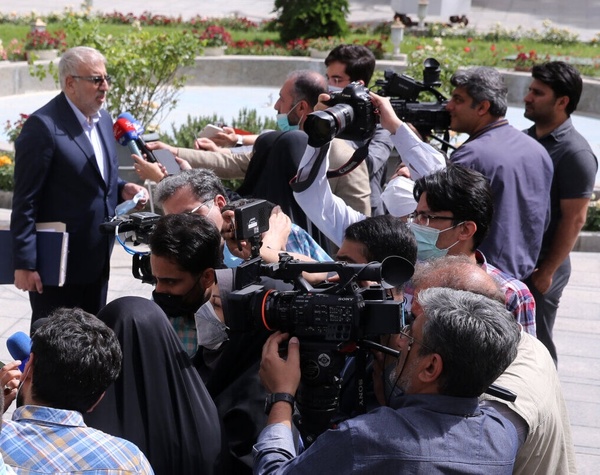 Iran has its own customers in the oil market and continues selling oil at a good price, Iranian Minister of Petroleum Javad Owji announced here on Wednesday.

New markets have been identified, Owji told reporters after the cabinet session today.

Asked about the government's plan for knowledge-based companies, the minister said that regulations have been planned to support the companies active in the areas of oil and gas.

Also about Arash Gas Field, the petroleum minister said consultations from the Iranian Foreign Ministry with Kuwait and Saudi Arabia are underway to settle disputes over the issue.

In a related development, Iran’s Petroleum Ministry announced on March 27 that it has undertaken necessary studies on developing and drilling in the Arash field – a joint gas field between Iran, Kuwait, and Saudi Arabia.

Development and drilling in the joint fields should be done with solidarity, deputy petroleum minister for international and commercial Ahmad Assadzadeh said on the same date.

About the issue, the spokesman for the Iranian Foreign Ministry Saeed Khatibzadeh said on Mach 26 that any development and drilling in Arash joint gas field has to be made with coordination and cooperation between the three countries according to the international regulations.