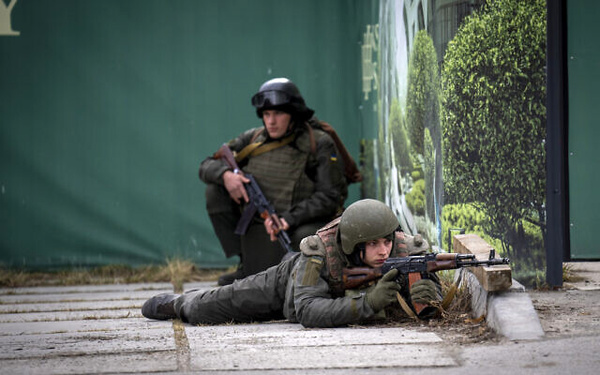 "All Russian banks, who are already under international sanctions, as well as other Russian banks if necessary, will be disconnected from SWIFT," German government spokesman Steffen Hebenstreit told reporters on Saturday.

"We commit to ensuring that a certain number of Russian banks are removed from SWIFT," she said.

In her words, the move would efficiently block Russian imports and exports.

The United States, the United Kingdom, Germany, Italy, Canada, France, and the European Commission have agreed to disconnect several Russian banks from the SWIFT international interbank system, the countries said in a joint statement.

"As Russian forces unleash their assault on Kyiv and other Ukrainian cities, we are resolved to continue imposing costs on Russia that will further isolate Russia from the international financial system and our economies. We will implement these measures within the coming days," the statement says.

"Specifically, we commit to undertake the following measures: first, we commit to ensuring that selected Russian banks are removed from the SWIFT messaging system. This will ensure that these banks are disconnected from the international financial system and harm their ability to operate globally," the document says.