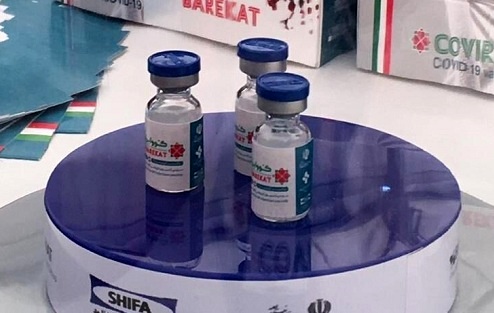 Hassan Jalili said production of the vaccine will increase to three million doses during the current Iranian calendar year (starting on March 20).

The figure will increase to 18 million doses soon.

Earlier, the official in charge of COV-Iran Barekat COVID-19 vaccine project said that the first industrial production line for the domestically-developed vaccine was launched with a capacity to produce theree million doses a month.

Mass production of the vaccine would start as soon as the results of the third clinical test of the vaccine are confirmed by the Health Ministry, he added.

Public vaccination with COV-Iran Barekat is going to start in mid-June after clinical results are confirmed, Mazhari noted.