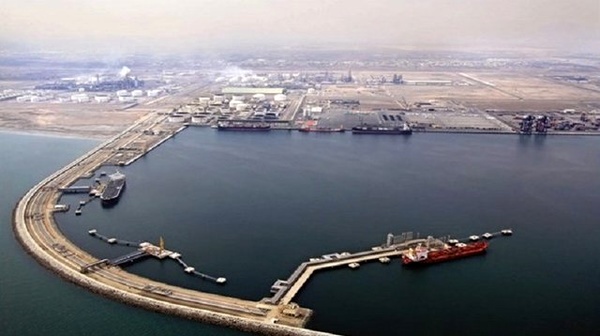 Indian Minister of State for Ports, Shipping and Waterways has reaffirmed commitment to develop southern Iranian strategic port of Chabahar.

Mansukh Mandaviya made the remarks in a meeting with Iran’s Ambassador to New Delhi Ali Chegini.

The two officials exchanged views about capacities to develop cooperation in ports.

The Indian minister pointed to good historical relations between New Delhi and Tehran, and welcomed further cooperation at the present time through Chabahar Port.

Chabahar with its important strategic position is the main center for development. The port plays a key role in the exchange of goods among Central Asian states, according to Iranian officials.s

India is determined to fulfill its commitments to develop Chabahar Port, Mandaviya said.

The Indian minister described Chabahar Port as a better way to transit goods to Afghanistan and Central Asian states as well.

He then welcomed operation of shipping lines between Indian ports and Chabahar to transport passengers.

Mandaviya expressed willingness to lead an Indian delegation to Chabahar Port in the near future to get the Indian businesspersons and entrepreneurs familiarized with this strategic port.

Chabahar Port with 10 million tons capacity of loading and unloading is an important port in southern Iran and north of Sea of Oman, Director-General of Ports and Maritime Organization of the southeastern Iranian province of Sistan-Baluchestan Behrooz Aqaei said in March.