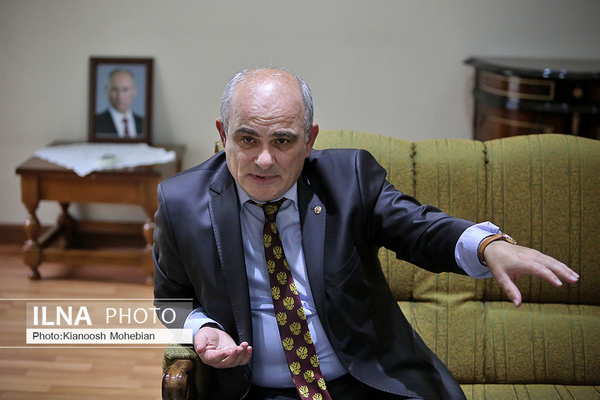 He added "Some says Moscow is a threat to European countries but is not true. The countries that were belonged to the Soviet Union claimed that Russia threatened them, but unfortunately, this was a means to receive more financial assistance from the United States, NATO and even Western European countries."

Dzhagaryan refers to NATO recent actions and said that in the 1990s, NATO was committed to not enlarge to the East, but, unfortunately, NATO did not fulfill this commitment, and we know that it will no longer be adhered to.

Asked about Turkey purchases S-400 systems, he said "It should be noted that the S-400 is a defensive system, not invasive."

"Turkey shows that it is an independent country, and I think that President Recep Erdogan has taken a serious decision," Russia Ambassador said.

Washington has warned Turkey that moving forward with the purchase would trigger sanctions under the Countering American Adversaries through Sanctions Act, or CAATSA, which was passed in 2017 to impose sanctions on Iran, North Korea and Russia and combat those countries’ influences across the globe.

Asked about U.S. threats to impose sanctions if Turkey completed the purchase, he said Turkey has taken steps to prepare for such a scenario. "Turkey is an important member of NATO, and therefore, tensions between Ankara and Washington do not increase anymore."

"Under this policy, we will cooperate with countries such as Iran, India, Turkey, and so on."

Answering to question about how you evaluate the Iran-Russian-Turkish cooperation on Syria, Dzhagaryan said "We are very hopeful and optimistic; I believe that Iran, Russia and Turkey will gain practical results, and we know well that many countries do not recognize our tripartite cooperation."