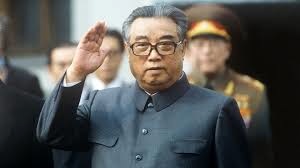 The full text of his speech is as follows:

Esteemed Mr. President of the Council of the Inter-Parliamentary Union,

The opening today of the 85th Inter-Parliamentary Conference in Pyongyang, the capital of our country, gives the Korean people great pleasure.

Allow me to bid a hearty welcome to the parliamentary delegates from many countries, to the delegates from international organizations and to all the other guests from foreign countries.

This conference is an important opportunity to deepen mutual understanding among the national assemblies of various countries, develop cooperation among them and strengthen friendship and solidarity between the Korean people and other peoples throughout the world.

I hope that, through your sincere efforts, the 85th Inter-Parliamentary Conference will hold successful discussions on the items on the agenda and achieve excellent results.

The national assembly of each country, as its highest legislative body, has a mission and responsibility to realize democratic government. Democracy must be not only the basic ideal of state administration for championing people’s right to independence, but also a common ideal of world politics for ensuring equality and cooperation among countries. The foreign policy of a state is the extension of its domestic policy. Therefore, making individual countries democratic is closely connected with the undertaking to make the international community democratic. The members of national assemblies who are working with devotion for the development of democratic government in their own countries should also contribute actively to making world politics democratic, and thus fulfil their responsibilities and role as statesmen of the present age.

The Inter-Parliamentary Union, which was founded more than a century ago in order to realize the noble ideal of peace and cooperation, has contributed to safeguarding world peace and to developing friendship and cooperation among countries and peoples. With the development of the times and historical progress, the Inter-Parliamentary Union has assumed a heavier mission and greater responsibility in the international political arena.

Today, humanity finds itself at a turning-point in historical progress. The old age of domination and subjugation that lasted for thousands of years has come to an end, and a new age is being ushered in, the new age when all countries and all nations shape their destiny independently. Mankind is now faced with the common task of strengthening the historical current and building a free and peaceful new world.

In order to build the new world aspired to by mankind, it is necessary to abolish the unequal old international order in all fields of politics, the economy and culture and establish an equitable new international order. There are large and small countries in the world, but there cannot be major and minor countries; there are developed nations and less developed nations, but there cannot be nations destined to dominate other nations or those destined to be dominated. All countries and nations are equal members of the international community and as such have the right to independence and equality. No privilege and no arbitrariness should be tolerated in international relations; friendship and cooperation among countries must be fully developed on the principles of mutual respect, non-interference in the affairs of other countries, equality and mutual benefit.

Peace is the common aspiration of humanity, and only when peace is ensured can the people create an independent new life. The wrong idea and policy of trampling upon the independence of other countries and other nations and of dominating others are the cause of the current threat to peace. In order to safeguard peace, all countries and nations must maintain independence, oppose power politics, and develop a powerful joint international struggle to prevent aggression and war.

The Korean people, who are constantly under the threat of nuclear weapons, have proposed the abolition of nuclear weapons as a vital matter relating to the destiny of the nation. We strongly assert that the Korean peninsula should be made a nuclear-free, peace zone. We strongly support the peace movement of the peoples of many countries for disarmament and for the creation of nuclear-free, peace zones.

Building a free and peaceful new world is the mature requirement of our times. Today, domination and subjugation, aggression and war can benefit nobody; for the peoples of all countries to develop independently and live peacefully together is the correct way for humanity to take. Historical progress may suffer setbacks, but the forces of independence and peace will grow in strength as the days go by, and the just cause of creating a new world will triumph without fail.

The unity of the people throughout the world and cooperation among them are the guarantee for the victory of their common cause of creating a new world. The Inter-Parliamentary Union, the centre of international deliberation by independent national assemblies, must concern itself with making the international community democratic on the basis of independence and safeguarding world peace and security, and must contribute to promoting unity and cooperation among people. The ideas of independence, peace and friendship which our Republic consistently maintains in its international relations accord with the ideas advocated by the Inter-Parliamentary Union. In future our Republic will further strengthen its ties and cooperation with the Inter-Parliamentary Union and be faithful to mankind’s common cause of creating a free and peaceful new world.

Today our people are working hard to build a genuine society for the people in which man’s complete independence will be realized, and to achieve the independent and peaceful reunification of their country.

The political philosophy of our state is the Juche idea which requires that all consideration should be centred on man and that everything should be made to serve him. By fighting in single-hearted unity under the banner of the Juche idea our people have been able to build, even under the most difficult conditions and circumstances, man-centred socialism in which the people are the genuine masters of the society and everything in society serves them. The democratic character of our society finds clear expression in the fact that all the people, as the masters of the state, equally enjoy a sound and stable life in its material and cultural aspects, exercising completely equal political rights and that, on the basis of comradely love and obligation, they work together for a common goal and develop together, helping one another and leading one another forward.

Our people take great pride and self-confidence in their just cause; they will work to the end to build an ideal society for mankind in accordance with their own belief and by their own efforts.

Reunifying Korea is the vital requirement of our nation; it is an important question in international politics.

The Korean people are a homogeneous nation that has lived on the same territory generation after generation, a nation celebrated for its long history and fine cultural traditions. There is no internal cause for our nation to live divided. Ours was not a defeated country in the Second World War; our people contributed to destroying fascism through their long-drawn-out national-liberation struggle. In spite of this, after the war our country was divided into north and south, contrary to the will of the Korean nation, and the nation is still divided. This is not only a source of untold misfortune and suffering for our nation but also a cause of the unstable and dangerous situation in the Asian region. Both form the point of view of national independence and of the cause of peace in Asia and the rest of the world, the question of Korea’s reunification requires an immediate settlement.

To this end we consistently maintain the three principles of independence, peaceful reunification and great national unity which the north and the south agreed upon and jointly declared; we hold that on these principles the country should be reunified by founding a confederacy based on one nation, one state, two systems and two governments. We consider that this conforms with the desire of the Korean nation to develop independently as one reunified nation and meets the requirement of the present era of independence and peace. We recognize that it is also the most feasible way of reunifying the country peacefully when different ideas and systems actually exist in the north and the south.

The desire of our nation for reunification has already become fused to surmount the barrier of division, and their belief that Korea is one has become unshakable. We will actively develop the dialogue between the north and the south in conformity with the mounting trend throughout the nation towards reunification, and will make every possible effort to remove all obstacles to reunification.

The statesmen of today who treasure justice and democracy in international politics cannot be indifferent to the misfortune and suffering of the peoples of other countries; they must cooperate to ensure the just settlement of international questions which affect the destiny of nations. We expect that the parliaments and statesmen of all countries, not to mention the countries responsible for the Korean issue, will pay close attention to the matter of the reunification of our country and cooperate actively for the just settlement of this question.

You delegates are the distinguished guests of our people. Everywhere you go our people will receive you warmly and bid you a hearty welcome.

I hope that your stay in our country will be pleasant ad useful and I wish you success in your honourable work.