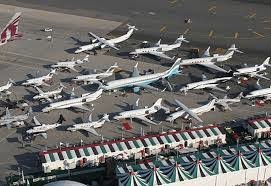 Iranians such as everyone in the world have human rights. For example the right to safety, that means the human to be protected against products and services that are hazardous to health and life.

But unfortunately the Aviation safety for the Iranian people is endangered due to severe sanctions by US. and they are deprived of their rights when the country continues to experience economic problems.

As you know, the fly had been the dream of human beings from creation day until now and every religion has created legends and gods around flight. Nowadays, the flight is beautiful, but not for all.

We know when American people ride on an airplane; they are delighting from the fly But the Iranian people in a plane have a lot of stress and they are nervous. Because many of the experts and journalists say that sanctions have turned Iranian airplanes into ‘flying coffins’.

In fact, aging airline fleet in Iran, forcing the country to rely on the spare parts purchased on the black market, and on second-handed planes are important reasons for aviation unsafety in Iran.

In fact, many of the Iranian airplanes are over used and the average passenger airliner has a life expectancy of 30 years, which means we are bumped into a big disaster in trip safety.

In 2016, U.S government lifted the ban on civilian aircraft exports to Iran by a nuclear deal that called Joint Comprehensive Plan of Action (JCPOA) and Iranian company has reached several deals with Boeing and Airbus for the purchase of hundreds of passenger airplanes. But President Trump has withdrawn the U.S from the deal and the Boeing has postponed the delivery airplanes to Iran.

Everybody knows that the U.S government and Iran have been old enemies, but people of them haven't a problem with together and human rights are more important than other subjects.

Definitely, the American people will be sorrowing when they know the sad stories of aviation incidents in Iran. The country has experienced more 200 aviation incidents involving planes and suffered over 2,000 lives lost in more than two decades. Certainly, this is not policy, it is a human rights violation.

It seems the sanctions on Iran`s civilian air industry should be rescinded by the U.S government and for sure any pacifist in the world will  be delighted by this decision.

In fact, the sanctions in the civilian air industry affect human rights and it stands above political differences.

That’s great if the U.S government will rescind this problem for humanity and proving goodwill.

Maybe the sanctions are an instrument of pressure on some countries, but that tool shouldn`t endanger innocent people`s lives.

In the end, I hope that all of the American politicians will attempt to amend sanctions construction against Iran, definitely, the history is a good judge.