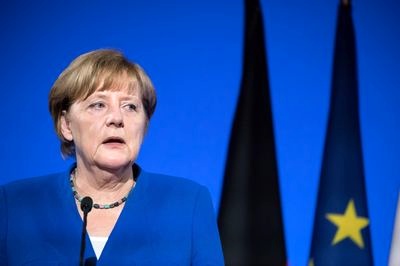 German Chancellor Angela Merkel on Sunday stressed the importance of free trade and welcomed an agreement between the European Union and Mexico on a new trade pact just days before she heads to Washington for talks with President Donald Trump.

U.S. policy has become more protectionist under Trump, who during his election campaign blamed globalisation for ravaging American manufacturing jobs as companies sought to reduce labor costs by relocating elsewhere. In March he imposed tariffs on imports of steel and aluminum to protect U.S. producers.

Merkel is due to address contentious issues including trade when she meets Trump on Friday.

Speaking at the opening of the Hanover trade fair in Germany, Merkel and visiting Mexican President Enrique Pena Nieto welcomed the agreement in principle that the EU and Mexico reached on Saturday on a new free trade deal.

“The technical work should take place quickly now but it’s really good news for Europe, for Germany and for Mexico,” Merkel said.

“We believe multilateral cooperation can add value for everyone and that’s why we’re advocating global trade that is as free as possible and which is based on common rules,” she said in a thinly veiled dig at Trump, whose name she did not mention.

Merkel said the World Trade Organization’s rules offered the right framework and that bilateral agreements could be a good supplement to that, but she stressed that “consensual negotiated solutions” were important.

“We fully trust and we have optimism as well that we’re going to be concluding the renegotiation, modernization of the North American Free Trade Agreement with North America, as I have said, ensuring benefits for all its partners,” he said.

Negotiations to rework NAFTA began last year after Trump took office promising to take the United States out of the 1994 agreement if it could not be reworked to better serve U.S. interests.