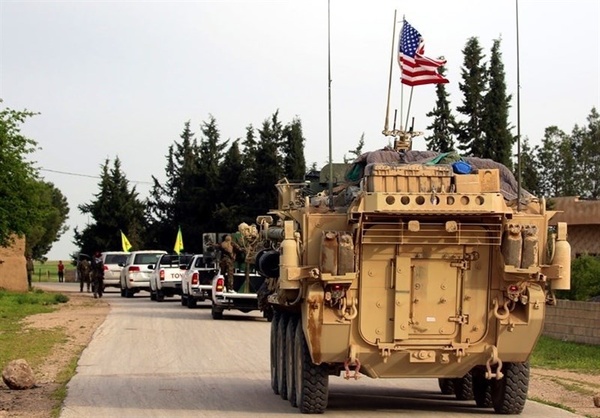 According to Syria’s official SANA news agency, the explosions were heard on Saturday at the US occupation base near the al-Omar oil field in the eastern countryside of the city of Deir Ez-Zur.

The news agency quoted local sources as saying that explosions were heard at the base, followed by clouds of smoke rising from inside the base.

The nature of the latest explosions rocking the US base has not been determined yet and there have been no immediate reports of possible casualties and material damage.

The sources added that the explosions were followed by an intense flight of the US occupation aircraft over the area.

This is not the first time that the US forces in the base have been targets of rocket attacks.

The base was attacked two times in a single day on August 25 with SANA reporting that several rockets had targeted US bases at the al-Omar and Koniko oil fields in the countryside of Deir Ez-Zur.

The US maintains a force of several hundred soldiers and military hardware in eastern and northeastern Syria, with the Pentagon claiming that the deployment is aimed at preventing the oil fields in the area from falling into the hands of Daesh (ISIL or ISIS) terrorists.

Damascus, however, says the unlawful deployment is meant to plunder the country's resources.

Former US president Donald Trump admitted on more than one occasion that American forces were in the Arab country for its oil.

After failing to oust the Syrian government through militant proxies and direct involvement in the conflict, the US government has stepped up its economic war on the Arab country.

In June 2020, the US enacted the so-called Caesar Act that imposed the toughest sanctions ever on Syria intending to choke off revenue sources for the government.

The sanctions were aimed at crippling the war-torn country’s economy by barring foreign companies from doing trade with Damascus.

Syria says the real purpose of the measures is to put pressure on Syrians and their livelihoods.

Officials also say the increased smuggling of strategic Syrian resources is the latest inhumane tactic using people's basic needs as a tool to mount pressure on the democratically-elected government in Damascus.