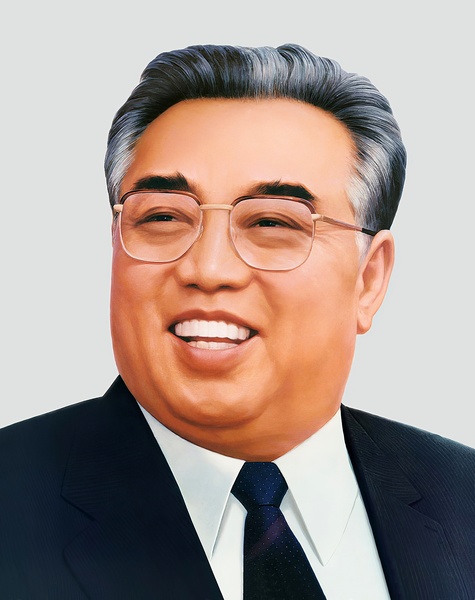 President Kim Il Sung achieved the immortal exploits to be etched in the history of the country and liberation struggle of humankind by leading the anti-Japanese revolutionary war to victory.

The anti-Japanese revolutionary war led by the President to victory was the living example that showed the oppressed people throughout the world how to wage a struggle for national liberation and independence.

The strategy and tactics personally created and applied by the President during the anti-Japanese revolutionary war were all unique and valuable ones of world-historical significance, and they encouraged many people of the world in the anti-imperialist struggle for national liberation.

The line of thoroughly applying such adroit and consummate guerilla war methods as the joint operation between small-unit and large-unit, surprise attacks and ambushes against the enemies and the policy of developing the armed struggle in close relationship between the popular movement of the anti-Japanese masses and the international revolutionary forces were the great guidelines for the people under the colonial rule of the imperialists to achieve victory in their armed struggle against the latter.

An endless stream of revolutionaries in Asia, Africa and Latin America engaged in the armed struggle against the imperialism and colonialism visited the DPRK to receive instructions from the President on his valuable experience and tactics during the anti-Japanese revolutionary war.

Some revolutionaries studied his classic works and gained independence in the struggle against the colonialists, guided by them.

The history of mankind can also be called the history of the masses of the people searching and groping for the genuine path to their freedom and emancipation.

In the early 20th century, the oppressed peoples in the colonial countries in Asia and other continents waged vigorous struggles to put an end to the colonial rule by the imperialists and win national independence.

As they dogmatically approached the preceding theory that the cause of national liberation in the colonial countries depends on the victory of the revolution in the suzerain countries, some countries tried to win independence by relying on the revolution in suzerain countries or big powers. Some others resorted to reckless struggles, believing that if they dealt a blow to the colonial rule by means of demonstration, uprising and riot, they could achieve their national independence.

However, their struggles experienced only failures and frustrations.

After embarking on the road of revolutionary struggle for the country and people in his teens, Kim Il Sung strived hard to find a new path for national liberation struggle, in the course of which he discovered the truth that a country should carry out its revolutionary struggle independently in keeping with its specific conditions, not relying on others, and the masters and makers of the revolution are the masses of its people. Based on it, he created the Juche idea that the masses of the people are the masters and motive force of the revolution and construction. Since then the national liberation struggle of the Korean people entered a new stage.

Actually, the Korean revolution was an epitome of the cause of human liberation as it embraced all the tasks for the cause of national liberation struggle in colonial countries.

Having put forward the idea that national liberation could be achieved only on the strength of the resistance based on all-people unity, he put forward the slogan “Let us carry out the Korean revolution by our own efforts!” and led the Korean people to solve, by their own efforts, all the problems of national liberation struggle, to start with providing the conditions needed for the armed struggle.

Under his leadership, the Korean People’s Revolutionary Army waged an anti-Japanese armed struggle for 15 years without any home front or backing of a regular army, and finally achieved the historic cause of national liberation.

The flames of national liberation struggle flared up more fiercely across the world, with the result that many colonial countries in Asia, Africa and Latin America achieved national independence in the 1960s and 1970s.

Unable to find a way out for his country’s national liberation struggle facing difficulties, Samora Machel, chairman of the Mozambique Liberation Front (Frelimo) and commander-in-chief of the Mozambican People’s Liberation Army, visited the Democratic People’s Republic of Korea in September 1971 to meet President Kim Il Sung, who had defeated two imperialist powers in one generation.

When he met Machel, Kim Il Sung told him his opinions on the ways and means for winning victory in national liberation struggle, saying that they should take the initiative at all times even though the enemy went on the rampage and telling him the experiences had gained during the days of the anti-Japanese armed struggle.

Machel, after returning home, built up the internal forces of the Frelimo, set up secret guerrilla bases in the forests and delivered blows at the enemy by relying on them, thus putting an end to the colonial rule of hundreds of years and achieving national independence.

Declaring the complete independence of his country, he said at a conference: Thanks to the help President Kim Il Sung gave us, we were able to cut off the chains of colonial slavery which had shackled us as well as our ancestors and greet our liberation; let us extend thanks to him also on our ancestors’ behalf.

There are other stories.

The chairman of the Nepalese Committee for Afro-Asian Solidarity, saying why people should attach particular importance to Korea’s liberation and approach it in relation to the world although many countries had freed themselves from colonial rule since the end of the Second World War, stressed:

It is because Korea’s liberation has exerted a decisive influence not only on the independent development of the Korean nation but also on the worldwide change. In the centre of this historical change was always President Kim Il Sung. The 20th century was a course in which the world had been changed by dint of his ideology.

The exploits of President Kim Il Sung, who made a great contribution to accomplishing the cause of independence for mankind by opening a new era in national liberation struggle in colonial countries, will shine forever.

-Anecdotes of the Days of the Anti-Japanese Struggle

During the days of the arduous anti-Japanese armed struggle in the first half of last century when Korea was under the military occupation of Japan (1905-1945), President Kim Il Sung (1912-1994) always shared weal and woe with the people without expecting any special favour or privilege for himself.

Commander Is also a Son of the People

One day in early April, 1933, the guerilla unit led by Kim Il Sung was having a rest in front of a farmer’s house in the vicinity of Liangshuiquanzi on the shore of the Tuman River.

There was a wounded soldier in the unit. The guerrillas wanted to bring him into a warm room and knocked at the door of the house. But there was no answer.

Kim Il Sung covered the wounded soldier with his overcoat and took an axe to chop firewood.

Following him, some soldiers swept the yard and others hurried to make fire to prepare a meal.

Kim Il Sung courteously said hello to the old man, offered him a cigarette and asked about the living conditions of his family.

He asked why they, apparently old-time farmers, were not raising chickens and could not buy fur caps for their children.

The man answered that it was because they were ill-starred.

Before leaving the house, Kim Il Sung gave some money to the old man.

It was only at that time when the old man came to know that he was General Kim Il Sung. He was surprised that the commander had chopped firewood himself.

With a smile on his face Kim Il Sung said: The commander is also a son of the people; why should I not do what others do?

In the second half of April 1933, the food situation in the Wangqing guerrilla zone was very difficult.

Two guerrillas who had been dispatched on a mission to obtain food had to come back with empty hands for the enemy’s control was strict. After thinking much, they went to a harvested potato field. While digging the frozen earth hoping to collect remaining potatoes, they happened to find a potato cellar.

They could not find the owner of the cellar, so they came back to the guerrilla zone each carrying a sack of potatoes.

On learning this, Kim Il Sung called the soldiers to him, and said: There is a strict rule in the guerrilla army which should never be violated in any circumstances however harsh they might be; it is the revolutionary discipline with regard to the masses of the people; how can we be called an army for the people and revolution if we lay hand on the people’s property on the excuse that our food situation is difficult; when we founded the Anti-Japanese People’s Guerrilla Army, we named it so in the sense that we should not forget the people even a moment, and put forward the revolutionary slogan “As fish cannot live without water, so the guerrillas cannot live without the people”; we should never put our hands on the property of the people even though we should die of hunger and cold; this is the strict rule of the guerrilla army which is made up of the sons and daughters of the people and fights for the interests of the people.

As they were remorseful for what they had done, Kim Il Sung told them to find the owner of the potato cellar, apologize to him and generously pay him for the potatoes.

It took them a long time to find the owner. They apologized to him and offered him a liberal amount of money for the potatoes even though he declined.

Price of an Axe Paid

It happened when the anti-Japanese guerrilla army was staying for several days in a village called Liangshuiquanzi on the shore of the Tuman River.

Kim Il Sung stayed in the house of an old Chinese man. Every morning he would wake up earlier than the host and hostess, clean the house inside and outside, go to the Tuman and bring water from the hole he made on the frozen river.

One early morning he went to the river to fetch water. It was a very cold day and the water hole was frozen hard. When he had nearly finished making a hole in the ice, the head of the axe slipped from the handle and fell into the hole.

He raked about for hours with a long pole with hooked prongs on its end, but it was in vain because the river was so deep. Though it had happened while he was doing the host a favour, he did not give up his search.

His soldiers told him that it would do if they paid the host for the axe.

Kim Il Sung said to them that no amount of money would be able to make up for the host’s loss of his cherished tool. He continued to search for the axe, but he could not find it.

Having nothing else to do, he generously paid the host for the axe and apologized to him again.

In May 1959, he asked a group of visitors to the battlefields of the anti-Japanese armed struggle in northeast China to find the whereabouts of the old man and apologize once again in his place.