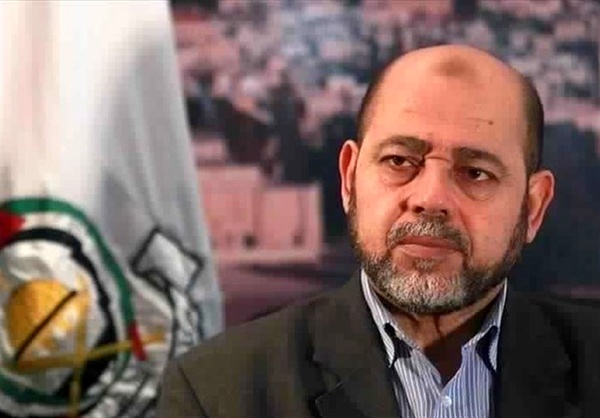 Every inch of the Palestinian territory will be liberated from the occupying Israeli regime forces, a member of the Hamas resistance movement said.

During a press briefing in the besieged Gaza Strip on Monday, member of Hamas’s political bureau Mousa Abu Marzouk stressed that “there is no sovereignty as long as the Israeli occupation is still there in Palestine.”

The Hamas official said every inch of the Palestinian territory will be liberated from the occupying Israeli regime forces very soon.

Hamas has time and again warned the Israeli regime of serious consequences of its criminal acts and repressive measures against Palestinians across the occupied territories. The movement has stressed that the Israeli regime will never succeed in bringing the Palestinian nation to its knees.

Rights groups say Israel has pursued a policy of establishing and then maintaining a Jewish demographic majority, and maximizing control over land and resources to benefit extremist Israeli settlers since its illegal establishment in 1948.

Israel occupied the West Bank and East al-Quds during the Six-Day War in 1967. It later annexed East al-Quds in a move not recognized by the international community.

Over the weekend, Hamas condemned Israel’s plans to build more settlements in the occupied Palestinian lands, saying the resistance will counter such plans in order to preserve the Islamic identity of the occupied city of al-Quds. It further called on the Palestinian people and factions to rise against the new Israeli Judaization plan and resist it by all means possible.

The Israeli regime has accelerated the construction of its illegal settlements in occupied al-Quds in recent years.

Palestinian Islamic Jihad and Hamas have already warned that Israel’s house demolitions and its expansion of illegal settlements in al-Quds will trigger an “explosion” of the situation in the occupied territories.

Human rights activists say Israel’s settlement expansion policies amount to apartheid. However, some Arab countries have remained silent in the face of the inhumane Israeli measures.

Palestinians want the West Bank as part of a future independent Palestinian state, with East al-Quds as its capital.

But Israel’s aggressive settlement expansion and annexation plans have dealt a serious blow to any prospects of peace.

The Gaza Strip has also been under an inhumane Israeli land, air and sea siege since 2007 and witnessed three wars since June 2007. Since imposing the siege, it has also brought Gaza under three full-fledged wars, killing many Palestinians in each.

However, despite the massive destruction carried out against Gaza, Israel has failed to eliminate the Palestinian resistance, suffering heavy casualties, among its soldiers, virtually every time they engaged in on-the-ground fire-fights with the resistance.

In the latest Israeli bombardment campaign against the Gaza Strip, at least 260 Palestinians, including over 60 children, were killed in a time span of 11 days that began on May 10 last year.

That came following Palestinian retaliation for violent Israeli raids on worshipers at al-Aqsa Mosque and the regime’s plans to force a number of Palestinian families out of their homes at the Sheikh Jarrah neighborhood of East al-Quds.