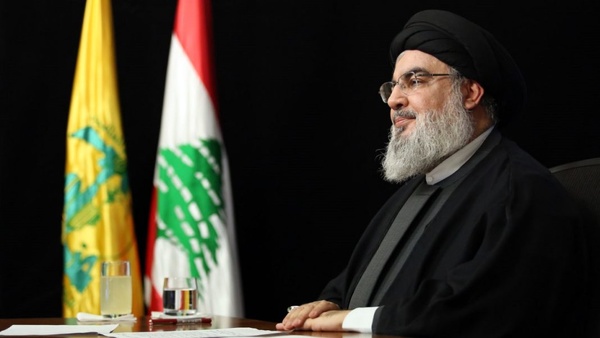 The secretary general of Lebanon’s resistance movement Hezbollah has said the Palestinian people have realized that they should no longer wait for the Arab League or the United Nations to resolve the Palestine crisis.

Referring to the 74th anniversary of the occupation of Palestine and the installment of the Zionist regime in the region known as Nakbah Day, Sayyed Hassan Nasrallah said that this catastrophe did not just befall Palestine but it affected and continues to affect all Arabs and the ordeal and hardships of these nations have continued to date.

Nasrallah referred to the Palestinian people’s protests and campaign last week and said the demonstrations conveyed a message from Palestinians that they won’t keep waiting for Arab regimes, the Arab League and the UN and they will resolve this issue through their own resistance.

Nasrallah also spoke about Lebanon’s problems. He said nobody should imagine that the Arab world can support Lebanon because it failed to do so when it was strong and united.

Nasrallah added, “For this reason, nobody should pin their hopes on the Arab world’s support and protection of Lebanon”.

He said the Lebanese people trust in God and relies on its own will and resistance.

In other remarks, Hezbollah’s secretary general spoke about the recent elections in Lebanon and said the current challenge facing the country is an economic crisis and one of bread, medicine and electricity, not the resistance arms.

Nasrallah said, “We can’t waste time in Lebanon at all and this calls for an extraordinary momentum in parliament with the goal of pursuing the formation of a government”.

He added that the resistance in Lebanon has worked with the country’s security apparatus in discovering and dismantling many Israeli espionage cells.

“We are demanding the Lebanese leaders support his attitude and approach”, Nasrallah said.

He added that thanks to the capabilities of the resistance, the Zionists are in dire need of employing many mercenaries.