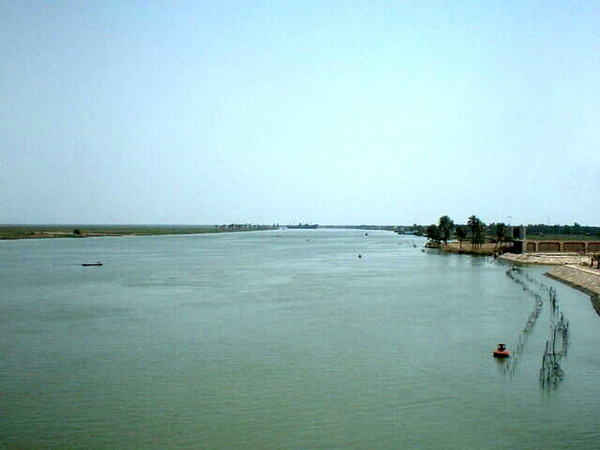 Jabbar Vatanfada, the director-general of Transboundary Rivers and Shared Water Resources Bureau in WMC, said on Monday that Iran recognizes Iraq’s water right in transboundary rivers, but the unspecified issues should be decided on in bilateral meetings in the framework of previous agreements.

He expressed hope that Iraqi officials respond to Iran’s “official notes” and accept to hold meetings as soon as possible.

The official said that Iran has always released the maximum amount of water available to flow into the Iraqi side for humanitarian and good neighborliness reasons.

During the last water year, Iran discharged over 50 percent of the input of Hirwi and Ozgoleh dams in Kermanshah Province, bordering Iraq, despite the draught Iran was facing with, according to Vatanfada.

He also noted that Iran scheduled hydroelectric plants so that the water flow into Iraqi soil was never cut off.

Contrary to the exaggerated stories by the media, he noted, the rivers originating from Iran have little effect on Iraqi soil as they constitute only six percent of the drainage basin of the Tigris and the Euphrates.

The official underscored that a part of the water policy regarding the drainage basin of the Tigris and the Euphrates in the region is formulated in a way that could serve as an obstacle to the friendship between the Iranian and Iraqi nations and the media exaggeration of Iran’s share in Iraq’s water situation.

Vatanfada criticized Iraq’s filing a lawsuit in the International Court of Justice as being legally irrelevant and against the good relationship between the two countries.

He also noted that baseless legal controversies over the 1975 treaty between Iran and Iraq on transboundary rivers impeded interaction.

A set of projects involving the drainage basin of the Tigris and the Euphrates implemented by countries in the region has even affected Iran, such as Iran’s Khuzestan, Ilam, and Kermanshah provinces and many others have been facing problems originating from the water situation in Iraq, he added.

Some of the environmental problems in Iraq like the dried-out lakes in southern parts of the country have been caused by the measures taken by the Iraqi Government and have no foreign origin, Vatanfada said.