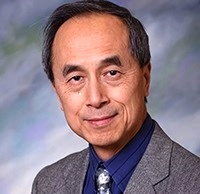 "It is a huge challenge to China’s neutrality, or independent foreign policy because both Russia and Ukraine are friends of China and it is not something Beijing enjoys," a Professor of Wittenberg University said.

The Professor of Wittenberg University, YU Bin, said in an exclusive interview with ILNA that both Japan and SK are now in the hands of more conservative, more hawkish and presumably more pro-US leaders. NE Asia is heading toward a more volatile future.

You can read the full interview with ILNA news agency as follows:

Q.What is the impact of the Russia and Ukraine crisis on China’s position in Asia and the International sphere?

A.It is a huge challenge to China’s neutrality, or independent foreign policy because both Russia and Ukraine are friends of China and it is not something Beijing enjoys.

Prior to the Russia-Ukraine conflict, the US and its allies had been moving toward more alliance arrangements in Asia-Pacific (AUKUS, QUAD, etc.), something that Beijing has objected to for a long time. What is going on in Europe is seen as very likely to repeat in Asia where there are plenty of opportunities for the US to explore (TW, SCS, etc.). So Europe and Asia are connected in that sense.

Q.In light of the war between Russia and Ukraine, in what way the future of countries like Hong Kong, Taiwan and regions like Tibet will be affected?

A.These are parts of China, not separate countries. The PRC refers to them as its “internal affairs.”

That said, China has been quite pragmatic in the past 50 years with its one-country-two-system approach for TW. The basis for that, however, is being seriously eroded by the US by tilting increasingly toward official interactions with the island. We are heading to uncharted waters.

Q.There are proposals regarding the elimination of Russia from the Security Council, to what extent these proposals are practical?

A.Not likely given the current rules Russia itself will veto any motion.

Q.One of the developments in East Asia during the past months has been the repeated missile tests by North Korea. How far will these missile tests go?

A.These tests may be part of the NK’s effort to get the attention of Washington that has been totally consumed by China and Russia. Unlike Trump who actually went to Korea and met with the NK leader, Biden seems to neglect NK, or return to the so-called “strategic patience” of the Obama administration.

One significant development: both Japan and SK are now in the hands of more conservative, more hawkish and presumably more pro-US leaders. NE Asia is heading toward more volatile future.

A.China supports any effort to stabilize the country.