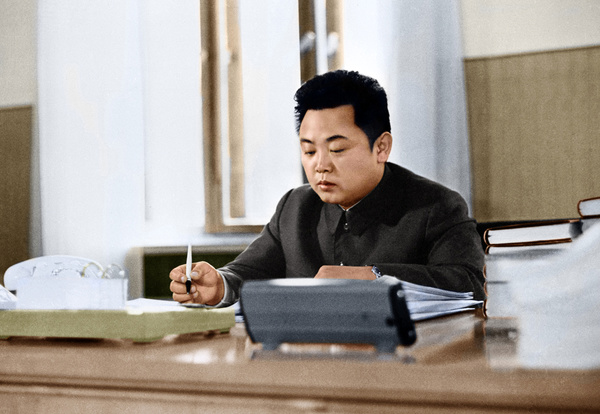 On June 19, 1964, 57 years ago, Chairman Kim Jong Il of the National Defence Commission of the Democratic People’s Republic of Korea, started working on the Central Committee of the ruling Workers’ Party of Korea.

Since then, radical turns were brought about in the work of the WPK.

In those days, when he started working on its Central Committee, leadership authority of the leaders of the ruling parties of the socialist countries was being abused and they were experiencing difficulties and hardships due to the manoeuvres by the modern revisionists. Kim Jong Il raised the Juche idea authored by President Kim Il Sung, the founder of the WPK, as the invariable guiding ideology of the WPK, and ensured that the ideological unity of the Party was strengthened in every way possible, thus transforming it into an ideologically pure entity, organizationally complete whole and integral whole in action. When the ruling parties of the socialist countries were dissolved in the late 1990s, he published several works, proving the scientific accuracy and truthfulness of socialism, so as to make the WPK hold high the banner of socialism.

Kim Jong Il developed the WPK into one which has a firm mass foundation.

He ensured that it became a motherly party which assumed the responsibility for the destiny of the masses of the people and took care of them. Regarding “The people are my God” as his motto, he led all Party organizations and officials to go among the masses to share good times and bad with them, lend their ears to their demands and make devoted efforts for them so as to make the WPK’s policies and lines reflect the demands and aspirations of the people. Thanks to his benevolent and all-embracing politics, the WPK achieved the single-hearted unity of the leader, Party and people for the first time in history and turned the whole society into a large harmonious socialist family. As a result, the WPK was developed into a party which took root deep among the masses of the people, an invincible party enjoying absolute support and trust from the people.

In the wake of collapse of socialism in several countries of the world in the 1990s, the allied imperialist forces imposed vicious sanctions to stifle and isolate the DPRK. In the face of the harshest-ever trials, he administered the unique Songun politics as the basic political mode of socialism and the leadership mode of the WPK, firmly safeguarding the sovereignty and dignity of the country from the manoeuvres of the allied imperialist forces; the DPRK strengthened its self-defence capabilities in every way possible, won victory in the unprecedented anti-imperialist confrontation and struggle to defend socialism and overcame all difficulties, thus laying firm foundations for building a powerful socialist country by dint of army-people unity. His exploits in Party building are carried forward by Supreme Leader Kim Jong Un. Every year the DPRK celebrates June 19 in the same splendid way as it does October 10, the founding day of the WPK.