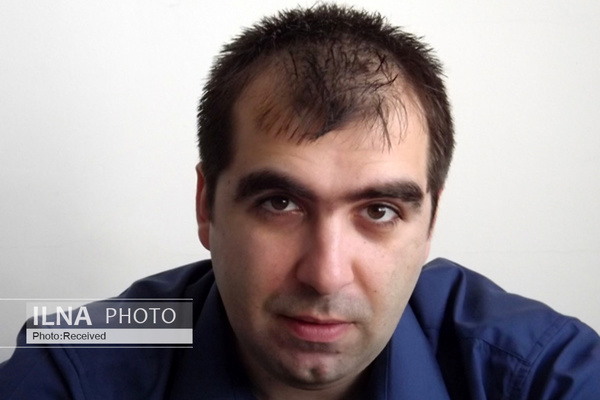 Vladimir Mitev is a Bulgarian-Romanian journalist based in Rousse, a town on the very border between the two countries. He is the editor-in-chief of the Romanian website BARICADA Romania, which initially started as a Romanian language version of the Bulgarian portal by the same name.

Below is the ILNA's interview with this authoritative journalist about the recent tensions between Bulgaria and Russia:

Q: Some believe that Russia and Bulgaria are currently experiencing the lowest level of bilateral relations in a decade. How accurate is this analysis?

Bulgarian-Russian relations are really at a low point. However, this is not so much due to internal dynamics as to the international context in which the two countries find themselves. In the United States, the host of the White House has changed. Trump defended American interests in a way that didn’t escalate confrontation with Russia in Central and Southeastern Europe and was a good friend of Israeli Prime Minister Netanyahu. But Joe Biden embodies a different understanding of international relations. And I think the US administration is currently regaining territory in Central and Eastern Europe, from which there has been some withdrawal in recent years.

Under Donald Trump, Bulgaria  bought American fighter jets, which was seen as a twisting of hands, as initially the preference was for Swedish fighter jets. It also managed to build the extension of the Turkish Stream gas pipeline on its territory, which was in favor of Russia and Serbia.

The new US administration is much more intolerant towards Russia. It has stated its intention to use anti-corruption and human rights as tools and leading themes in its foreign policy. Probably this explains the political chaos that occurred in Bulgaria after the parliamentary elections of 4 April 2021. They dethroned the current Prime Minister Boyko Borissov, who ruled with small interruptions for more than 11 years. At the moment, Bulgarian society is very politicized and very divided. But although a new government could not be formed and the president will appoint a caretaker cabinet, other Bulgarian institutions, such as the prosecutor's office, are filling the vacuum and following the current geopolitical line. What is happening in Bulgarian-Russian relations is a clear sign which embassy and which geopolitical forces dominate in Bulgaria at the moment.

Q: Bulgaria, Latvia, the Czech Republic and Estonia have expelled Russian diplomats in recent weeks. Russia has responded accordingly. How far do you think this will go?

Although the escalation seems serious, I think we can rest assured that there will hardly be a war. The damage would be too great for all countries. It was clear that Western powers did not seem ready to go to war for Ukraine with Russia. Russia also announced in April that it had begun withdrawing its troops from the border with Ukraine. Rather, we seem to be witnessing a maneuvering and rearranging of balances, both domestically and internationally, so that our region enters the Biden era.

As far as I know, the United States and Russia did not wage a hot war against each other, despite the fact that during the Cold War the whole world was a territory for their confrontation. The current tension between the American-centric world and the Russian-centric world is also not new. I assume that the purpose of the current process will be to put in power in Central and Southeast Europe forces that are in favor of the new White House administration. My impressions of Romania and Bulgaria, however, are that supporters of leaders such as Donald Trump and Victor Orban have a traditional influence here. These people’s attitudes may make this process more difficult for the current American administration. In any case, our countries are members of NATO and the EU, which means a certain balance of power in society, giving an advantage to the Euro-Atlantic allies and restraining their opponents.

Q: Is there a chance for the EU to increase pressure against Russia with the new wave of expulsions in the Balkans? Do you think these countries have become the new border of tension between Moscow and Brussels?

I would like to recommend to the readers of the ILNA a brilliant article by the Italian historian Carlo Spagnolo, which explains how complex the EU is. Probably the leading thing in the EU is economic interests, but once they become part of it, member states are involved in a complex process of building a common European identity, linked to certain common benchmarks about the past. And here it turns out that the EU has a large number of identities, each with a different memory. For example, the Mediterranean countries have a certain orientation towards anti-fascism, insofar as democracy and Europeanization there meant the end of fascist dictatorships. In Central and Southeastern Europe, the stigma is against socialism. Here the left forces are very weak, while the right-wing ideologies of liberalism and nationalism dominate.

I say all this because I think it is difficult to say that the EU is one homogenous thing. Its responses to foreign policy challenges can be simultaneously different and even contradictory. At the moment, it seems important for European elites to have a cloudless relationship with the United States for many reasons. But there are traditionally forces in the EU that are in favor of dialogue with Russia. It is sufficient to recall that efforts to diplomatically resolve the conflict in Ukraine come mainly from France and Germany, which are involved in the so-called Normandy Four group together with Russia and Ukraine. German business has traditionally had an interest in cooperating with Russia, and the Nord Stream 2 gas pipeline is emerging as one of the controversial topics in international relations at the moment.

It seems to me that the EU, in the sense of Western Europe, would have an interest in strengthening its influence in Central and South-Eastern Europe, where American influence has traditionally been strong. Our region is really divided politically and maybe will always be. But it seems to me that in it the three foreign policy poles - the United States, the EU (Western Europe) and Russia - have a complex relationship and are likely to enter into various combinations with each other in order to isolate one of their opponents. After Britain left the EU, the picture became even more complicated. Therefore, my hypothesis is that the EU, above all, would not want external forces for the Union to have a decisive influence in regions that are its internal periphery. Let me remind that at the beginning of the year, there were also strong tensions with the UK over the supply of the Astra Zeneca vaccine. In my opinion, the EU is too complicated entity for us to say unequivocally that it is pro or anti someone. It is a geopolitical subject in a state of construction and this is the essential thing for it - to consolidate, to organize, to solve its internal problems. In this regard, each of the external forces can be useful, not just an obstacle.