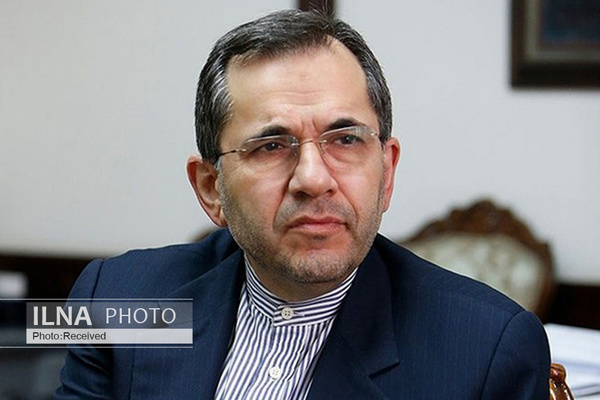 Iran's Ambassador and Permanent Representative to the United Nations Majid Takht Ravanchi said the US' illegal & false “deadline" has come and gone and stressed that the UNSC member states continue to maintain US is NOT a JCPOA participant, so its claim of “snapback" is null & void.

In a Twitter post late on Saturday, he said "US is STILL in violation of JCPOA and Res 2231—swimming against int'l currents will only bring it more isolation."

He made the remarks in reaction to the claims made by the US officials that sanctions which the United Nations Security Council (UNSC) used to impose on Iran but were later removed after signing the Joint Comprehensive Plan of Action (JCPOA), as well as the resolution 2231, are back.

The US officials claimed that these sanctions wee fully back since last night while the UN secretary-general and the UNSC member stated opposed their claim.

Iran's Foreign Minister Mohammad Javad Zarif, too, in a televised speech late on Saturday, commented on the US unilateral efforts to reinstate US sanctions against Iran and said what is clear is that all members of the Security Council, except the US and one other country, have officially declared that they do not recognize the US action.

As many as 13 countries are opposed to the US approach, Zarif said, adding that snapback mechanism is not the one by which to return sanctions for the sake of a single country. All members of the Security Council, except the US, have either remained silent or said that the US has no place in this room to remain silent or make a comment.