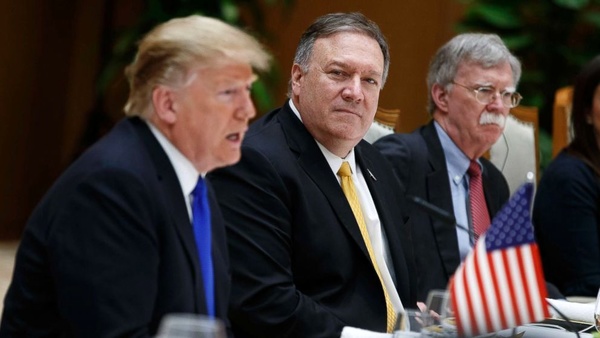 Iranian lawmakers have prepared a bill to impose sanctions on U.S. officials who have a long record of hostility towards Iran.

According to the bill, U.S. national security advisor John Bolton, Secretary of Treasury Steven Mnuchin and Senator Ted Cruz as well as their family members would be banned permanently from traveling to Iran.

It would also bar Iranian officials from any kind of trade, economic, cultural and political interactions and exchanges with them.

The move is a reaction to Washington’s sanctioning of top Iranian officials.

Hostilities between Tehran and Washington have risen since May 2018 when U.S. President Donald Trump withdrew from a landmark 2015 deal on Iran’s nuclear program. Trump’s withdrawal from the nuclear deal has been attributed to his hatred towards Barack Obama, who was president when the deal was struck.

Since the exit, the U.S. has reimposed punishing sanctions on Iran, including measures aimed at slashing its oil exports to zero, as part of a campaign aimed at pressuring Tehran.

U.S. Secretary of State Mike Pompeo announced in May 2018 that the U.S. will apply economic and military pressure against Iran and will impose “the strongest sanctions in history” on the Islamic Republic.

Also, Bolton said in November 2018, “We think the (Iranian) government is under real pressure and it’s our intention to squeeze them very hard. As the British say, squeeze them until the pips squeak.”