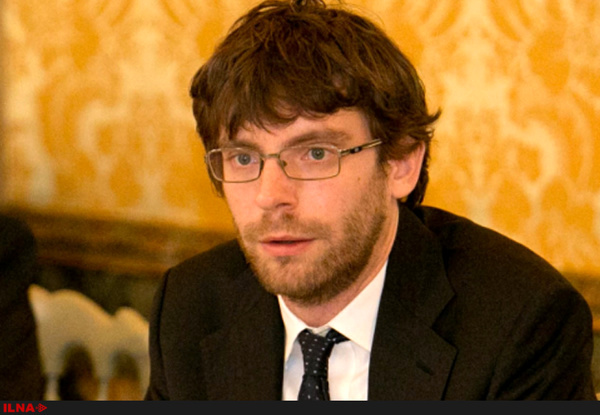 US President Donald Trump is continuing to step up pressure on the Islamic Republic of Iran and its oil industry. Speaking to ILNA, Andrea Dessì, a Senior Fellow within IAI’s Mediterranean and Middle East programme and Editorial Director of IAI’s english-language series IAI Commentaries noted that The re-imposition of US sanctions on Iran in the wake of the US’s unilateral withdrawal from the Iran nuclear deal are sure to cause much hardship to the Iranian population.

Below is his interview with ILNA:

ILNA: US sanctions have prevented much international aid from entering Iran during the devastating floods that hit the country recently. How do you justify this behavior?

The re-imposition of US sanctions on Iran in the wake of the US’s unilateral withdrawal from the Iran nuclear deal are sure to cause much hardship to the Iranian population, and they are already having this effect, particularly in the realm of medical equipment and medicines. The Trump administration’s objective of increasing “maximum pressure” on Iran is directed at squeezing the Iranian economy, in the hope that increased popular dissatisfaction will lead Iran’s leadership to capitulate to the US’s demands.

This US approach is not only short-sighted and morally dubious – particularly as Iranian authorities are battling with devastating floods - but also counterproductive as Iran has a proud history of independence and steadfastness in the face of external pressure. Sanctions and pressure have not worked in the past, and are unlikely to work today, particularly given the extent of US demands and those coming from Washington’s regional allies and the fact that international powers are not in agreement regarding a return to blanket sanctions on Iran. Iran will not be as isolated as it was between 2013-2015, but US sanctions will no doubt have an effect, particularly at the level of ordinary Iranians.

ILNA: Is it true that ordinary people would be the victims of political decisions?

Unfortunately, ordinary people always bear the brunt of political decisions both domestically and internationally. In this case, ordinary Iranians will be hard hit by the impact of US sanctions. While Europe and other states remain committed to the Iran nuclear deal, private European companies have already withdrawn from Iran en mass for fear of US secondary sanctions. It is now extremely important for Europe and other international actors to preserve channels of trade and communication with Iran and Iranian citizens. Only by engaging Iran can Europe and other states try to limit the worst impulses of the US administration, while working to resolve tensions in the region.

Ultimately, while the US Trump administration speaks about working for the Iranian people, to increase their freedoms and rights, US policies are having the opposite effect – weakening socio-economic rights and increasing the hardship of ordinary Iranians. This will only make the task of dialogue and diplomacy harder. Decades of US sanctions on Saddam Hussein’s Iraq – for example – did not result in political reforms or changes and rather only helped Saddam consolidate his rule while severely harming Iraq’s economy and population.

ILNA: Given Iran's role in countering terrorism and a group such as ISIL, what justification do you consider calling the Revolutionary Guard as a terrorist?

The US’s recent decision to classify the IRGC as a terrorist organization is a significant and highly worrying development. Not only is it the first time that the US classifies a full military organ of a foreign state as a terrorist organization, it is also clearly a decision dictated by an effort to codify the US’s new antagonism towards Iran in such a way as to limit potential policy options of the next president. By classifying the IRCG as a terrorist group and having legislation in Congress to codify this decision in US law means that the next US president will have a very difficult time reversing this decision – even should he/she be from the Democrat party.

The decision is a further example of the US’s policy of ‘maximum pressure’ vis-à-vis Iran and is a considerable escalation in terms of previous policies, even the re-imposition of US sanctions. The IRCG and Iran have played an important role in supporting the anti-ISIL fight in Iraq and Syria, but the US and key regional allies – as well as some in Europe – see the ICRG as an instrument for Iran’s regional influence. It is this Iranian regional influence that worries Washington and its regional allies, as Iran represents that single greatest competitor to US interests in the Middle East.

ILNA: Trump's decision to take action against the IRGC, what consequences can it have?

The consequences of the US’s decision on the IRGC will be a further escalation in rivalry and accusatory rhetoric between the US, its regional allies and Iran and may even lead to military clashes. This will further diminish the room for diplomacy and dialogue in the region. The Iranian response, that is its classification of the US military command post for the Middle East (CENTCOM)as a terrorist organization is an indication of the dangerous tit-for-tat that is already developing in the region.

The most important consequence – as outlined above – is that this decision will be very hard to overturn by the next US president, given that it will be passed as legislation and codified in law. Ultimately, the consequence is that of closing down potential avenues for dialogue and a resumption of cooperation with Iran, increasing tensions in the region and internationally at a time when multilateral action and diplomacy alone can hope to resolve the many challenges in the Middle East.

In this context, Iran would do well not to overreact to this US decision, as this would simply help the US and its allies while make it very hard for Europe to oppose the US’s unilateralism on Iran. Iran presently maintains the moral high ground compared to the US Trump administration, which is recognized as having violated the Iran nuclear deal. Tehran should carefully cultivate its diplomatic relations with Europe and other actors in an effort to offset US pressure and sanctions rather than pursuing the US down a road of further escalation, which is exactly what Trump and his allies would like to see.