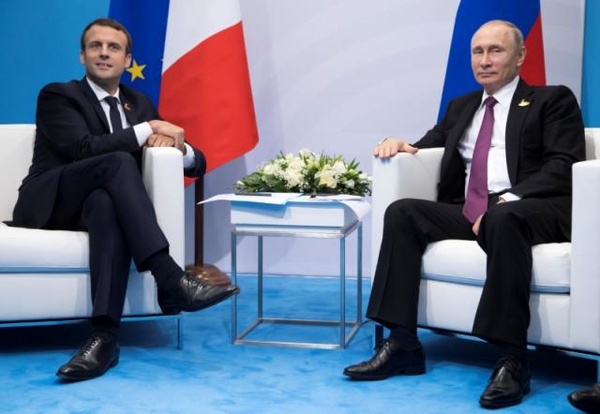 Macron is set to visit Russia to attend an economic forum in St Petersburg next week. The Kremlin also said Japanese Prime Minister Shinzo Abe would be a guest of honor at the forum and would hold talks with Putin on May 26.

And also German Chancellor Angela Merkel's working visit to Sochi could signal a positive shift in EU-Russia relations, as the European bloc reassesses its fealty to Washington.

Merkel has been to Russia only once since 2014, which marked the rapid deterioration of relations between Russia and Europe. The German chancellor visited Sochi in early May 2017. Now, she is trekking out to Sochi once again – about a week after the US President Donald Trump announced that he would be withdrawing his country from the Iran nuclear deal, of which Russia and Germany are both signatories.

The US leader’s decision has infuriated Europe, with Merkel going so far as to suggest that Europe can no longer rely upon the US to ensure its security and maintain international norms.

With Merkel heading to Sochi, it appears that Europe, increasingly disillusioned Washington, will seek closer cooperation with Moscow in hopes of salvaging the Iran deal and making headway on a number of other critical international issues.

German public broadcaster Deutsche Welle has even commented ahead of the summit that "a rapprochement between Germany and Russia could be an unexpected consequence of Trump's decision to abandon the nuclear deal with Iran."

Will recent developments lead to a new breakthrough in German (and European) cooperation with Russia? Where will Putin and Merkel see eye-to-eye, and what issues are still causing friction between the two leaders?

The first item on the Putin-Merkel agenda will undoubtedly be the future of the Iran nuclear deal. Both Germany and Russia have signaled their eagerness to preserve the landmark 2015 accord, which places restrictions on Iran's nuclear capabilities in exchange for sanctions relief.

The issue of the Iranian nuclear deal is probably “the easiest” one on the agenda of the two leaders, professor Peter Schulze, international relations expert at the University of Goettingen, told RT. Moscow, Berlin and even Brussels are all in favor of keeping the deal and are almost equally opposed to the US plans to withdraw from the agreement, he said.

Given Washington’s latest actions, “it would be a logical step” for Germany to “move closer to Moscow” as well as to take a more “pragmatic and moderate” approach to the issue, Schulze added.