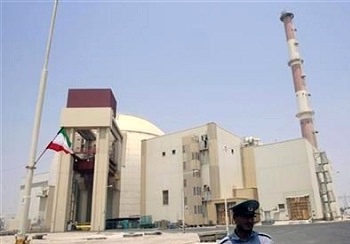 Ali Asghar Zarean, who is an adviser to Ali Akbar Salehi, noted that the ceremony marking the National Nuclear Technology Day on Monday will be attended by President Hassan Rouhani, a number of ministers, as well as army and state officials.

He added that 83 nuclear-related achievements are scheduled to be unveiled during the ceremony.

According to him, last year’s National Nuclear Technology Day introduced 42 domestic nuclear achievements, which was nearly half the number of products to be unveiled this year.

On March 26, the Spokesman for the AEOI, Behrouz Kamalvandi, said that a section of the nuclear achievements is related to heavy water, noting the good progress made in that field.

According to AEOI chief Salehi, the construction of Iran’s first specialized nuclear hospital – unprecedented of its kind in West Asia – will be launched this year and take four years to be completed. On Feb. 5, Kamalvandi said that Austrian banks have allocated €200 million worth of finance to fund the equipping of the Iranian nuclear hospital.