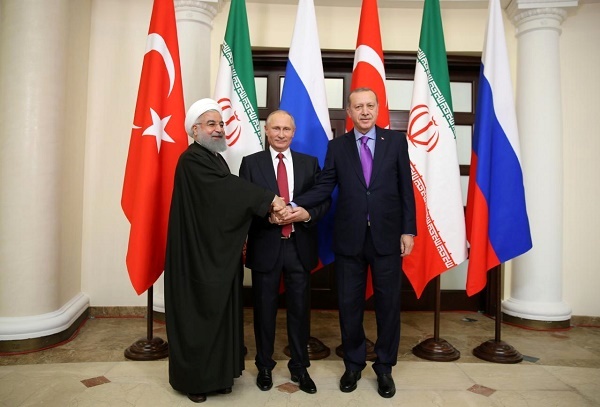 Turkey will host a trilateral meeting on Syria gathering leaders from Turkey, Russia, and Iran next week, the Presidential Press Office said on March 31.

The meeting hosted by Turkish President Recep Tayyip Erdoğan on April 4 will be attended by Russian President Vladimir Putin and Iranian President Hassan Rouhani, according to a statement.

Besides regional developments and the ongoing Syrian war, the Turkish and Iranian leaders are also expected to hold talks to discuss bilateral relations.

Turkey, Russia and Iran are the guarantor countries who brokered a cease-fire in Syria in December 2016 leading to the Astana talks in the Kazakh capital, which are being held parallel to UN-backed discussions in Geneva, to find a political solution to the conflict.

Ankara will also host the seventh meeting of Turkey-Russia High-Level Cooperation Council with participants from Ankara and Moscow on April 3, the statement read.

During the meeting, the leaders will also exchange views on regional and international issues as well as bilateral relations.

As part of his visit, the Russian president will also attend the groundbreaking ceremony for the Akkuyu Nuclear Power Plant on April 3.