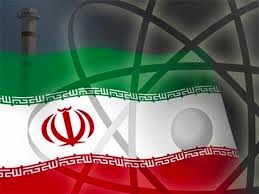 President Donald Trump has given European signatories to the deal until May 12 to address his grievances or risk a US withdrawal. Mr Trump has called the multi-party pact, reached during the Obama administration, “the worst deal ever”.

Two previous rounds of talks — in London and Paris — failed to yield an agreement. In a sign of European concern about the deal collapsing, both sides were exchanging draft texts of a separate, additional pact, said a person familiar with the matter.

“What we’re requesting has ample historical precedent,” said a senior US official, adding it is common to seek supplemental agreements to arms control pacts.

Under the deal, Iran agreed to curtail its nuclear programme in exchange for sanctions relief. Tehran has said it will not reopen the agreement, which took years to reach. The Europeans are trying to see if they can resolve US concerns in a separate deal that would not contravene terms of the first.

“If the Americans are intent in the end on pulling out, it won’t be because of any lack of effort on our part to demonstrate that their concerns can be met,” said a European diplomat.