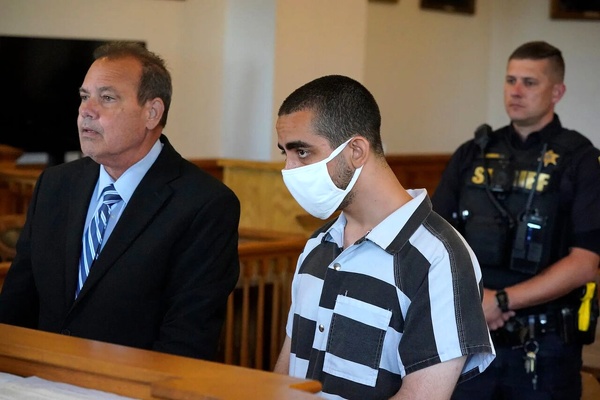 ​Hadi Matar, the stabber of the apostate author of The Satanic Verses Salman Rushdie, emphasized in an interview that he did not have any contact with Iran.

Matar said on Thursday in an interview with New York Post that he respected late Imam Khomeini but he did not accept the accusation that he was in connection with Iran.

Interestingly, the US police has declared that Matar acted completely alone.

American media outlets have reported that Matar, a Lebanese American, who was born in California, has recently moved to the state of New Jersey.

Matar, 24, could stab Salman Rushdie 10 times in a preplanned attack.

CNN asked a Hezbollah official about the stabbing and the stabber, and the resistance official underlined that Hezbollah is only aware of what media are reporting and therefore, there is no comment.

Prosecutors requested that Matar be imprisoned without bail, citing comments he made to The Post from jail on Wednesday

Rushdie’s relatives have said that he is off ventilator and can speak.

Earlier, some people said that the apostate author of The Satanic Verses Salman Rushdie would likely lose an eye and had nerve damage in his arm and wounds to his liver.