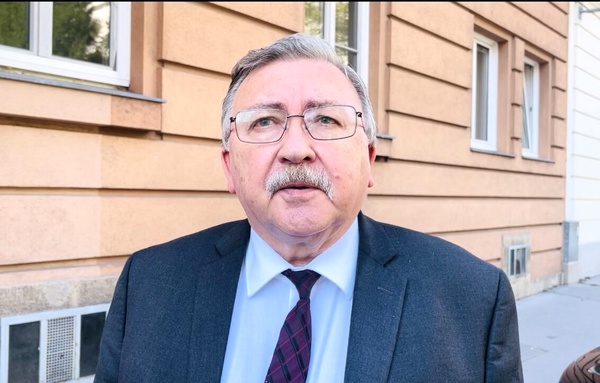 Mikhail Ulyanov, Top Russian Negotiator to the JCPOA revival talks underway in Vienna, on Sunday cited progress in the negotiations that aim to remove anti-Iran sanctions.

Ulyanov made the comment on his twitter page following a meeting with the European Union's Coordinator of the Vienna talks, Enrique Mora.

“Met today once again with the #EU Coordinator at the #ViennaTalks on the #JCPOA Mr. Enrique Mora. Looks like we are making progress. Let’s keep our fingers crossed.”

The ongoing negotiations in Vienna are aimed at reviving the 2015 Iran nuclear deal, known as the JCPOA, and removing the anti-Tehran sanctions that the United States reinstated after it withdrew from the accord in May 2018.

The Vienna talks resumed on Thursday after a three-month pause, with a final agreement awaiting political decisions by the West, especially the US which violated the JCPOA by its pullout.

The Iranian team stresses that an agreement requires the sustainable removal of the sanctions in a guaranteed way, and that no issue should remain in order to be used as a pressure tool against Iran in future.