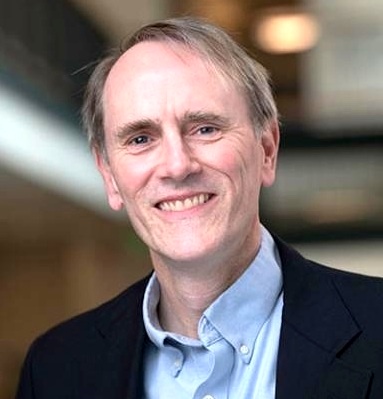 A professor believes both Washington and Tehran want to get a deal done.

New Hampshire University professor Kurk Dorsey said in an exclusive interview with ILNA, "have doubts that the Russians want the JCPOA to be brought back because doing so will increase the flow of Iranian oil into the global market, which will hurt the price for Russian oil."

Q: What is your opinion about the interruption in the negotiations?

A: I am disappointed that the negotiations seem to have reached an impasse, but I am also surprised that they made any progress since the Russian invasion of Ukraine.

Q: Is the reason for this delay the requests of Iran or the delay of the United States?

A: It is hard to tell which nation or nations is most responsible for the delay, although it seems likely that one side has made a request that the other refuses to honor, so in that sense both sides are responsible.  Each side has something at stake that is more important than getting back to the original JCPOA.  It certainly seems that the core of the dispute is not related to the actual nuclear program, but instead is about the sanctions on the Iranian Revolutionary Guards.  For political reasons, Iran wants those sanctions rolled back, and for domestic political reasons the Biden Administration believes that it cannot roll them back as we head to the November 2022 Congressional elections.  I believe that both the United States and Iran want to get a deal done, and probably the rest of Europe and China do as well.  I have doubts that the Russians want the JCPOA to be brought back because doing so will increase the flow of Iranian oil into the global market, which will hurt the price of Russian oil.  On the other hand, having the US and Europe cooperate with Russia on the JCPOA right now would show the world that it needs good relations with Russia.

Q: Will we see the resumption of negotiations and the revival of the nuclear deal?

A: I think that we will see a revival of the talks, but the closer that we get to US elections, the less maneuvering room the Biden Administration will have.  In addition, the presence of Russia in the talks while it is decimating Ukraine is both a major distraction and a factor working against a settlement.  It is very hard for the US and the Europeans to negotiate with the Russians while condemning their foreign policy.

Q: What is your advice to the participating members of the Vienna talks?

A: That is a hard question to answer because of the uncertainty about why the deal is on hold.  Each nation needs to decide what is most important.  For instance, with the Republican Guards sanctions, Iran and the United States need to decide if a new JCPOA is more important than the politics around the sanctions.  Each side also needs to think creatively about ways to get around these roadblocks.  I expect that they are trying to find creative solutions.

Q: Has the Russia-Ukraine war affected the talks?

A: Mainly, the Russian invasion of Ukraine has distracted the other parties from focusing on the JCPOA.  It has also made it impossible for the EU and US negotiators to deal with the Russian diplomats on a normal basis.

Q: In the end, is agreement still possible?

A: An agreement is certainly still possible, but it is less likely than I thought was possible a year ago.  Because the US and Iran have gotten close but still have points that are dealbreakers--and which do not seem to be new problems--I suspect that both sides are out of new ideas.  If that's the case, then one side is going to have to make a major concession, and I suspect it will have to be Iran.