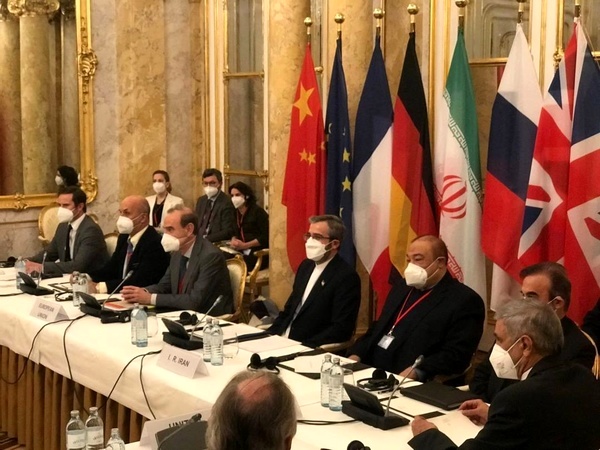 The US is hoping pressure from Russia, China and some Arab states may yet persuade Iran to moderate its negotiating stance in regards to the steps the Biden administration must take before both sides return to the 2015 nuclear deal.

According to Guardian website, talks in Vienna faltered badly last week, when the new Iranian administration increased its levels of uranium enrichment and tabled proposals that US officials said at the weekend were “not serious” since they had gone back on all the progress made in the previous round of talks.

US officials at the weekend also confirmed they would press ahead with an emergency board meeting of the UN nuclear inspectorate, the IAEA, before the end of the year if Iran did not restore a level of access to its nuclear sites that satisfied the nuclear watchdog.

In Tehran, officials insisted the two major texts on sanctions and Iran’s nuclear obligations that it tabled at the Vienna talks were fully in line with the nuclear deal, saying the real roadblock was the US refusal to lift sanctions.

US officials claimed Russia and China had been “taken aback by the degree to which Iran had walked back its own compromises” from previous rounds of talks, as well as becoming more resolute about the demands it made of the US and of others.

The senior US official said: “I think they do share a sense of disappointment, to put it diplomatically, at what Iran has chosen to do with the last several months of preparation for the talks.”

The direct talks featuring Iran, Russia, China, Germany, France and the EU recommenced in Vienna last week after a five-month delay to give the newly elected Iranian administration headed by Ebrahim Raisi time to review its demands.

The official claimed it was evident to Russia and China that Iran had “not adopted the posture of a country that was seriously thinking a rapid return to mutual compliance with the deal”.