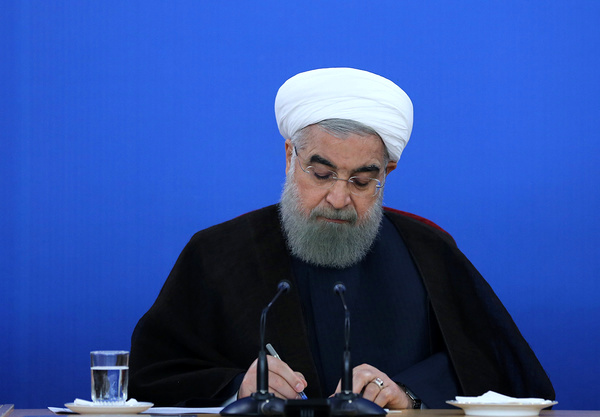 President Hassan Rouhani has stressed the need to respect the right of people to protest the harsh living conditions caused by draught and extreme heat.

In a phone conversation on Thursday, President Rouhani commanded the Governor General of Khuzestan province, Qassem Soleimani Dashtaki,  to use everything in his authority to mobilize facilities to speedily solve the problems faced by people living in this southwestern province.

He listened to the official's report on the situation in the province and measures taken to solve recent problems and pointed that it is very harsh for people to stand shortage of water in such high temperature as 50 degrees so it is a right for people to protest the current situation.

The President assured the "the good, patient and resilient people of the province" of the fact that his government hears their voice and protests and is doing its best to solve the water shortage problem very rapidly.

He said the current problems are due to the unprecedented drought in the country and the accumulation of remaining problems from previous years.

President Rouhani urged provincial authorities to respond quickly to the people and explain the reasons for the situation to them in a completely transparent and accurate way.

He further ordered the Governor General to take immediate action to resolve problems.

The President also noted that the visit of first vice president to the province on Friday serves to closely investigate the problems on his behalf.

There have been protests in some of Khuzestan province cities in recent days to lack of drinking and draught amid extreme heat.