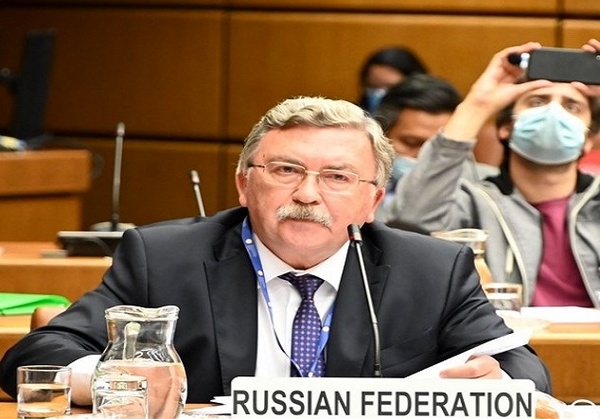 The head of the Russian Delegation in the JCPOA talks, while expressing hope over the progress of talks in Vienna, reiterated that the present time would be the best time US to take the first step regarding JCPOA and release Iran's frozen assets.

Mikhail Ulyanov made the remarks in an interview with the French newspaper Le Monde, adding that the United States had created many problems in implementing the Joint Comprehensive Plan of Action by withdrawing from it and imposing maximum pressure on Iran.

He noted that he met with Robert Malley, the US special envoy for Iran, within the framework of a bilateral meeting in Vienna yesterday (On Thursday), reiterating that there is no reason for the United States to block Iranian assets in South Korea and Japan.

Referring to the fact that Iran's properties do not belong to the United States, the senior Russian diplomat added that blocking them by Washington was illegal and the present time would be the best time for the Biden administration to release them in good faith.

During Donald Trump's tenure, Washington unilaterally imposed economic terrorism to put maximum pressure on the Iranian people. Two years after the European parties' procrastination in fulfilling their obligations under the JCPOA, Iran began to take steps in scaling back its commitment under the agreement.

Tehran announced that if the obligations of the other parties to the agreement were fulfilled, it would benefit from its interests under the nuclear deal. It will return to the full implementation of its obligations.

The new US president has criticized the White House's previous policy toward Iran but said his return to the JCPOA was conditional on Iran's action. Without mentioning which government had promised and left the deal, Biden allegedly promised that in Iran's return to full implementation of JCPOA, Washington would also return to this agreement.

Meanwhile, representatives of the JCPOA member states have been meeting in Vienna for the past three weeks to discuss activating the agreement and the possible return of the United States to it. They have so far convened several meetings of the Joint Commission in Vienna and made progress reviving the nuclear deal.