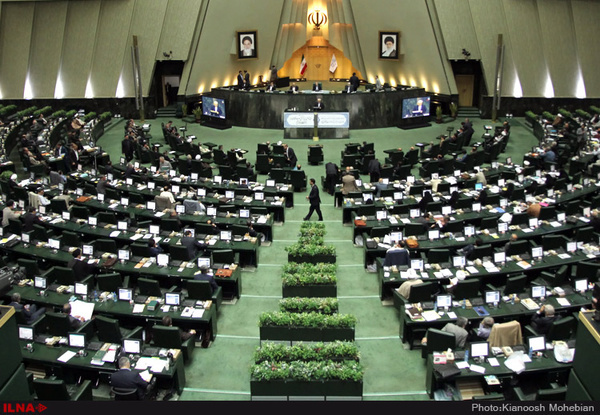 In Tuesday’s parliamentary legislation, the deadline was set at one month from the time the law was passed.

Lawmakers ratified on Tue. the general outlines of a counteractive plan for the lifting of sanctions after the failure of JCPOA’s European parties to fulfil commitments and in wake of the assassination of an Iranian scientist.

According to Parliament’s National Security and Foreign Policy Commission Spokesman Abolfazl Amouei, the “general outlines” of the double-urgency motion was passed with 248 votes in favour, during Tuesday morning’s open session.

Amouei said the plan, the details of which await the lawmaker’s decision, aims to counteract unilateral sanctions imposed on the Islamic Republic by Western countries, topped by the United States.

Although putting an end to the voluntary implementation of the Additional Protocol has now been under consideration for nearly a month, but the Friday attack on the nuclear scientist has given special momentum to the Iranian Parliament’s efforts to significantly resume the nuclear activities most of which were put on hold after the implementation of the 2015 nuclear deal between Iran and world powers, officially known as the Joint Comprehensive Plan of Action (JCPOA).

On Friday at 14:30, nearly 10 people attacked the convoy of Fakhrizadeh on a highway in the small city of Absard in Damavand County, about 40 kilometers northeast of the capital Tehran. The scientist lost his life during the attack while his bodyguards were severely injured. Iranian officials were quick to point the finger at Israel, which has carried out many assassination operations against Iranian nuclear scientists over the past decade. Foreign Minister Mohammad Javad Zarif said in a tweet on Friday that the attack was carried out with “serious indications of Israeli role”.

This attack raised hackles in Tehran, prompting lawmakers to expedite the legal process of passing a bill that would remarkably increase Iran’s nuclear activities and strictly restrict its cooperation with the International Atomic Energy Agency (IAEA).

Last week, the Parliament’s National Security and Foreign Policy Committee discussed the detail of the bill, which is called “strategic action to lift sanctions.”