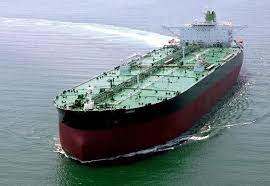 The Iran Marine Industrial Company (SADRA) is building four 113k-ton tankers for foreign customers, the CEO of the company said on Saturday.

Ali Zarei said in a press conference that the company has delivered one order and the second ship will be delivered next month.

The third tanker’s construction has begun and will be completed in two years, according to Zarei.

The company is also negotiating to win the contract for the overhaul of Amir Kabir's semi-submersible platform in the Caspian Sea, as said by the CEO.