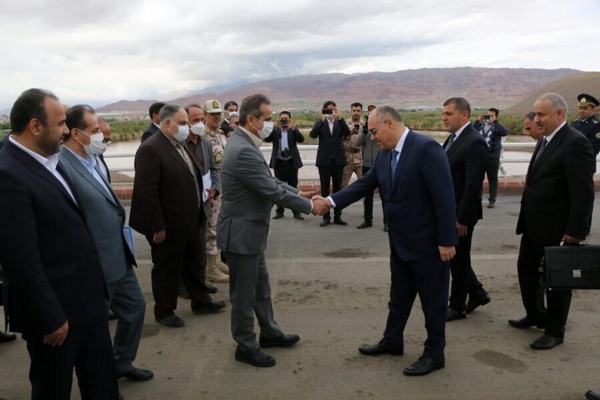 Iran and Azerbaijan customs officials on Tuesday on Iran's Aras River border called for further boosting cooperation in the fields of trade ties and customs interactions.

The chairman of the State Customs Committee of the Republic of Azerbaijan said on Tuesday on Iran's Aras River border that his country wanted to expand trade ties and customs interactions with the Islamic Republic of Iran.

Sefer Mehdiyev expressed hope that the visit would lead to increasing the level and value of trade exchange between the two countries.

Head of the Islamic Republic of Iran Customs Administration (IRICA) Alireza Moghaddasi said in the meeting that interaction and trade cooperation with the Republic of Azerbaijan has always been emphasized by Iranian officials.

He added that in order to expand trade ties with Azerbaijan, seasonal meetings between the customs officials of the two countries are continuing.