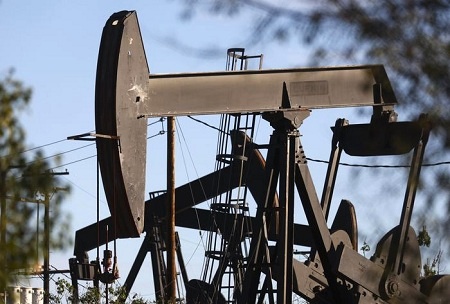 Negotiations aimed at reviving the 2015 nuclear deal resumed in Vienna on Tuesday. The U.S., an indirect participant in the talks, exited the deal in 2018 under President Donald Trump, renewing sanctions on Iran that prevent it from large-scale exports of crude. Iran responded by increasing the amount and purity of the uranium it enriches, a violation of the accord.

The Biden administration on Friday waived sanctions on some of Iran’s civilian nuclear activities in a move observers took as a sign of progress toward an agreement.

“Besides the feel good-vibe coming from the negotiations, the Biden administration is feeling pressure to lower inflation, and the fastest way to do that would be to lower energy prices,” said Robert Yawger, executive director of energy futures at Mizuho, in a note. “I do think that the Biden administration is more likely to get a deal done versus $90 a barrel than they would be versus $50.”

Traders continue to watch developments tied to a potential Russian invasion of Ukraine.

“While some are suggesting the resumption of U.S.-Iran nuclear talks is acting as a drag [on oil], the reality is, even if there was an agreement it’s not immediately obvious how quickly this would translate into more supply,” said Michael Hewson, chief market analyst at CMC Markets UK. “It’s more likely that a modest lessening of tension on the Russia-Ukraine border is prompting a little relief,” he said.

Analysts forecast that the Energy Information Administration will report on Wednesday a 100,000-barrel rise in U.S. crude supplies for the week ended Feb. 4, according to an S&P Global Platts survey. They also expect a climb of 1.4 million barrels for gasoline stockpiles and a decline of 600,000 barrels for distillate inventories.