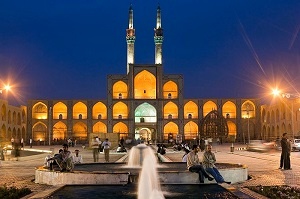 The Iranian tourism industry has suffered $233m losses due to COVID restrictions over the past two years.

“Iranian tourism facilities have incurred a loss of 69 trillion rials ($233 million) due to the outbreak of the coronavirus over the past two years,” an official with the tourism ministry has said.

It has been a major shock to the tourism industry when the coronavirus emerged in 2019, Rokna quoted Mohammad-Kazem Kholdi-Nasab as saying on Monday.

Citing an example, the official said, nearly all pre-scheduled trips were canceled during the new Iranian year holidays in March 2020 except for those that were necessary.

“Travel is not believed to be the cause of the outbreak, rather it is a lack of adherence to health protocols that have caused the outbreak, but people canceled their trips anyway, causing major damage to the tourist facilities across the country,” he explained.

With only two months until the upcoming new Iranian year holidays, the tourism ministry is preparing safe and smart travel packages for Iranian holidaymakers and travelers, he noted.

Nearly 70 percent of the population has been vaccinated, so these trips may be able to partially compensate for the damage done to tourism facilities over the past two years, he mentioned.

Last year the tourism ministry announced that the tourism of the country was growing before the corona outbreak; its revenues reached $11.7 billion in 2019, which accounted for 2.8% of GDP, nearing the average share of tourism in the world GDP, which was 3.2 percent.

Iran was ranked as the second fastest-growing country in tourism based on data compiled by the World Tourism Organization.

Experts expect Iran to achieve a tourism boom after coronavirus contained, believing its impact would be temporary and short-lived for a country that ranked the third fastest-growing tourism destination in 2019.

The Islamic Republic expects to reap a bonanza from its numerous tourist spots such as bazaars, museums, mosques, bridges, bathhouses, madrasas, mausoleums, churches, towers, and mansions, of which 26 are inscribed on the UNESCO World Heritage list. Under the 2025 Tourism Vision Plan, Iran aims to increase the number of tourist arrivals from 4.8 million in 2014 to 20 million in 2025.