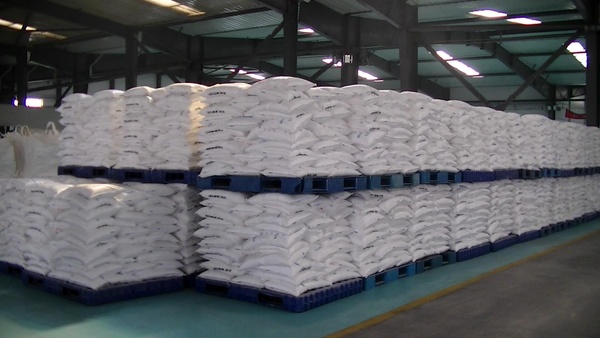 What is Sodium Bicarbonate

Sodium bicarbonate has a well-off history, stretching thousands of years ago. French chemist, Nicolas Leblanc made sodium carbonate, in 1791 which was also known as soda ash.

In the late 18th century, sodium bicarbonate was discovered as a leavening agent by bakers John Dwight and Austin Church, in New York. The first factory was established by these bakers in the US for producing baking soda out of carbon dioxide and sodium carbonate.

Currently, it is found among the list of essential medicines published by the World Health Organisation.

Then, adding carbon dioxide to this reaction produces sodium bicarbonate.

Sodium bicarbonate is naturally found in deposits of Eocene-age Green River Formation in Colorado, Piceance Basin. During high evaporation periods in the basin, sodium bicarbonate was deposited as beds. It is mined using mining techniques like bore, drum etc.

It is among the food additives encoded by European Union, identified by the initials E 500. Since it has long been known and is widely used, the salt has many related names such as baking soda, bread soda, cooking soda, and bicarbonate of soda. In colloquial usage, its name is shortened to sodium bicarb, bicarb soda, or simply bicarb.

Baking soda, also known as sodium bicarbonate, is widely used in baking. This is because it has leavening properties, meaning it causes dough to rise by producing carbon dioxide. Aside from cooking, baking soda has a variety of additional household uses and health benefits. Sodium bicarbonate (baking soda, properly known as sodium hydrogen carbonate) is used in the preparation of many foods. When it decomposes, carbon dioxide is produced, and this gas produces bubbles in the food that make it "lighter" (less dense). For instance, baking soda is often used in baking cakes, in order to make them "rise" as they are cooked. As the temperature of the cake batter reaches approximately 50 °C, the baking soda decomposes and carbon dioxide is released. Baking soda is especially important in making pancakes and waffles because the high cooking temperatures (350-400°F or 175-230 °C) cause the carbon dioxide to be liberated before the dough has set. Thus, we get a light and tasty finished product. Many people who are sensitive about the presence of "chemicals" in their food are surprised to learn that this chemical and its reaction products are essential to the preparation of foods that we eat all the time.

Bicarbonate of soda is a pure leavening agent. It needs to be mixed with moisture and an acidic ingredient for the necessary chemical reaction to take place to make food rise. Because it needs an acid to create the rising quality, it is often used in recipes where there is already an acidic ingredient present, such as lemon juice, chocolate, buttermilk or honey.

Slightly acidic ingredients provide the mix with some of the necessary acids for the release of carbon dioxide gas. Examples are:

For this reason, some of the mixes contain baking powder only while others contain a combination of baking powder and baking soda. If an excessive amount of baking soda is used in a cake batter without the presence of sufficient acid, the normally white cake crumb will have a yellowish-brown color and a strong undesirable smell of soda.

The gas evolves very fast at the beginning of baking when thepH level is still on the acidic side (pH of around 5 to 6). Once the soda neutralizes the acid, the dough or batter quickly becomes alkaline and the release of gas is reduced. Mixes and doughs leavened with baking soda must be handled without delay, or the release of the gas may be almost exhausted before the product reaches the oven.

The darker color of the crumb found on the bottom half of a cake or muffins is caused by the partial dehydration of the batter that is heated first during baking. In spiced honey cookies and gingerbread, baking soda is used alone to give them quick color during baking and yet keep the products soft.

In chocolate cakes, baking soda is used in conjunction with baking powder to keep the pH at a desirable level. However, it is important to know whether the cocoa powder you are using is natural or treated by the Dutch process. In the Dutch process, some of the acid in the cocoa is already neutralized, and there is less left for the release of gas in the mix. This means more baking powder and less baking soda is used.

Baking soda in a chocolate mix not only counteracts the acid content in the baked cake but also improves the grain and color of the cake. A darker and richer chocolate color is produced if the acid level is sufficient to release all the carbon dioxide gas. On the other hand, the reddish, coarse, open-grained crumb in devil’s food cake is the result of using baking soda as the principal leavening agent.

The level of baking soda depends on the nature of the product and on the other ingredients in the formula. Cookies, for example, with high levels of fat and sugar, do not require much, if any, leavening.