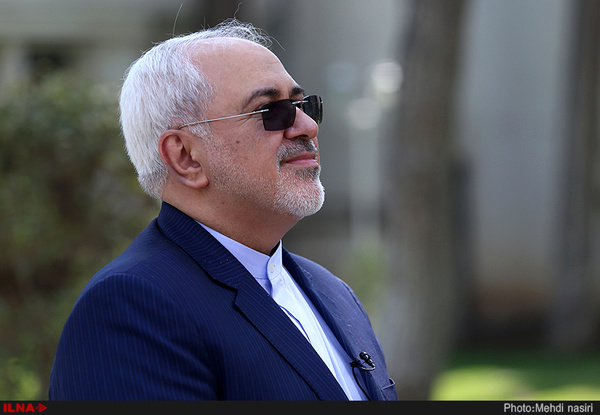 Iran’s Foreign Minister Mohammad Javad Zarif has urged European countries, Sweden in particular, to allow the sale of wound dressings to Iranian kids suffering from the epidermolysis bullosa (EB) instead of making threats against Iran.

“Economic Terrorism kills,” Zarif added in his tweet, referring to the US economic sanctions on Iran, which have also kept European states from working with the country.

“Pompeo once again admits that US Economic Terrorism on Iran is designed to starve, and in the case of medical supplies, kill our innocent citizens,” he added.

Iranian children suffering from the rare skin condition known as EB are losing their lives as US economic sanctions hamper the flow of vital medical products, an NGO says.

Hamid Reza Hashemi-Golayegani, the head of the NGO that helps such patients, said last month that at least 15 Iranian children with epidermolysis bullosa (EB) have died since the US launched its new sanctions on Iran in August.

That is because Swedish medical companies which provided protective bandages for such patients have halted supplies due to the restrictions, he said.

Often known as butterfly children because their skin is as fragile as the wings of a butterfly, EB patients need special care. Even mild frictions or bumps cause severe blistering of the skin which is very painful.

They often have difficulty with their daily activities, such as walking, eating and even breathing, but without proper protective bandages, their agony would be heartbreaking.

Zarif’s Monday comments came shortly after six European countries announced they will join INSTEX, the bartering system created to enable Iran to side-step US sanctions, but they urged Tehran to stop what they called violating the landmark 2015 deal reached between Tehran and world powers.

Belgium, Denmark, Finland, the Netherlands, Norway and Sweden will join France, Germany and the UK as shareholders in INSTEX. No transaction has been conducted under the mechanism so far.

US President Donald Trump renewed sanctions on Iran last year as he pulled the US out of the 2015 deal, known as the Joint Comprehensive Plan of Action (JCPoA), and described it as too weak.

As a result, Iran has begun reducing its commitments under the treaty after Europe failed to live up to its obligations and compensate for the US withdrawal.