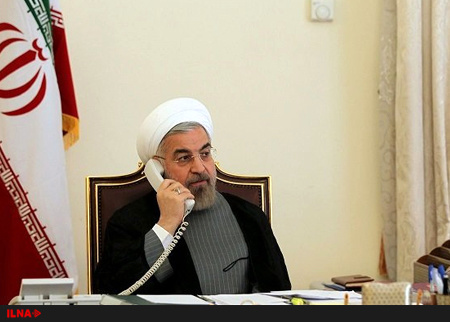 President Hassan Rouhani welcomed the results of his special envoy's visit to France as positive, emphasizing the continuation of talks to fully implement the commitments of the two parties in relation to Iran nuclear deal, known as the Joint Comprehensive Plan of Action (JCPOA).

"The aim of the Iranian nuclear deal was to normalise Iran's economic relations with other countries, but despite Iran's full compliance with its commitments under JCPOA, only a small portion of Iran's economic interests were met, and not only Europe did not take serious action after US withdrawal from the deal but also some European companies quit Iran following the re-imposition of American unilateral sanctions," Rouhani said.

The president added: "Unfortunately Europe has missed many opportunities in the last year to fulfil its obligations and cooperate with Iran. As time passes and the next steps are taken by Iran, the return to the first point will become more difficult for both sides."

For his part, French president Emmanuel Macron said: “France will do its utmost to secure Iran's interests and normalise Tehran's economic relations with other countries.”

The French president added that despite US sanctions, Europe is seeking ways to maintain economic ties with Iran, including establishment of a line of credit.

Macron added: “Iran-France relations have always been based on mutual trust and France believes that today we must strive to overcome these conditions.”

Macron denounced US sanctions on Iran as unilateral and unacceptable, stressing the need for more co-operation and momentum for a fair and equitable solution to reduce tensions in the region and to achieve a positive result.