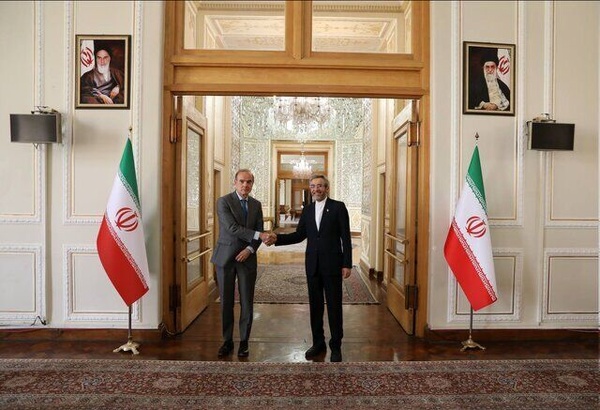 Mora arrived in Tehran last night to help give a push to negotiations that were held in Vienna to revive a 2015 nuclear deal between Iran and the world powers.

Before arrival in the Iranian capital, the EU official wrote on his personal Twitter account that he was “traveling again to Tehran for meetings with @Bagheri_Kani and other officials on the #ViennaTalks and other issues.”

He noted that work on closing the remaining gaps of this negotiation continues.