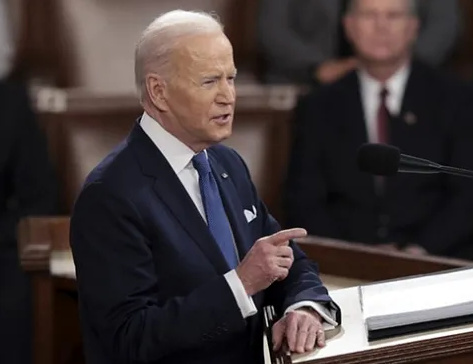 “Putin may circle Kyiv with tanks, but he’ll never gain the hearts and souls of the Iranian people,” Biden said in his State of the Union speech that was an emotional appeal for putting up a united front against the Russian aggression.

The awkward moment immediately began trending on Twitter and other social media with the word “Iranian”.

This is not the first time that the 79-year-old Biden, has tripped over words. As a child he had problems with his speech and had to work to overcome a stutter and it has been widely reported that he used to spend long hours reciting works of Yeats and Emerson to overcome his speech condition.

Last year social media had pounced on his gaffe when he mistakenly called his Vice President Kamala Harris as “President Harris”.

Meanwhile, during his SOTU, President Biden has reiterated that his country will not deploy troops in Ukraine against the Russian forces.