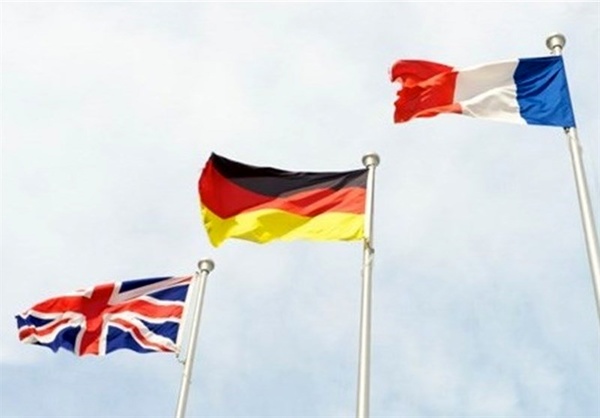 As the Vienna talks enter a sensitive stage, the Western media outlets and the European troika, also known as E3, are trying to blame Iran for “slow progress,” but they seem to have forgotten that that ship has sailed.

As the Americans are accustomed to unilateral sanctions and pressure, and are not accustomed to speaking on an equal footing in international relations, it was expected that the negotiations would go on slowly.

According to Tehran Times, however, what is happening in Vienna is the result of all parties’ efforts to reach a lasting understanding.

According to Iranian Foreign Ministry spokesman Saeed Khatibzadeh, in the previous weeks Iran noticed that the other side launched a disinformation campaign with the aim of gaining concessions inside the negotiation room, but when they realized that this path was fruitless and wrong, they tried to converse inside the room and move on.

Reports show that somehow good progress has been made in various areas such as nuclear issues, sanctions removal, and verification mechanism, although in some areas there has been more progress.

“The remaining issues are important, and we have reached a point where it shows us whether the other side has the will to move the negotiations forward,” Khatibzadeh said on Monday.

Iran has stressed that a “good agreement” can be achieved in a short time, but the other side has not shown enough seriousness by wasting time in the seventh round.

The E3 must remember that speed is key.

“Speed is important to us in the talks. Of course, it should be noted that speed is a two-way street and we cannot move at the speed of light and expected to do so, but the other side move with a slow speed. The speed of the two sides should be commensurate, and this will make the negotiations go faster,” the Foreign Ministry spokesman reiterated.

All sides have to continue negotiations that would result in a stable and credible agreement and this entails commensurate speed. Now, it is only Iran that is speeding up.

It is important to remember that the Vienna talks are being held to ensure that the United States would responsibly return to the Joint Comprehensive Plan of Action (JCPOA) and fulfill its commitments and lift the sanctions it has imposed on Iran.

“In these negotiations we do not discuss or accept anything beyond the JCPOA. As I said before, Iran and the United States have exchanged views through informal written texts on four issues: sanctions removal, nuclear commitments, verification, and decision-making,” Khatibzadeh stated.

He added that Iran does not negotiate pessimistically or optimistically.

“We negotiate based on reality, and we report to the people accordingly,” he asserted.

It is also important to note that Iran won’t accept any artificial deadline. At the same time, Iran is not also satisfied with the speed of the negotiations. The E3 wasted a lot of time in the seventh round of negotiations and then agreed to negotiate on Iran’s initiatives.

If this will and level of authority by the other side is seen in the coming days, we can say that a good, stable and reliable agreement can be reached in the shortest possible time.

Of course, there are some challenges, including the U.S. unilateral approach to lift sanctions.

The previous U.S. administration unilaterally withdrew from the JCPOA and imposed illegal sanctions on Iran, and the current administration has the same one-sided view in defining the sanctions that should be removed, and comes up with lists in this regard and imagines that it is the only one that can decide.