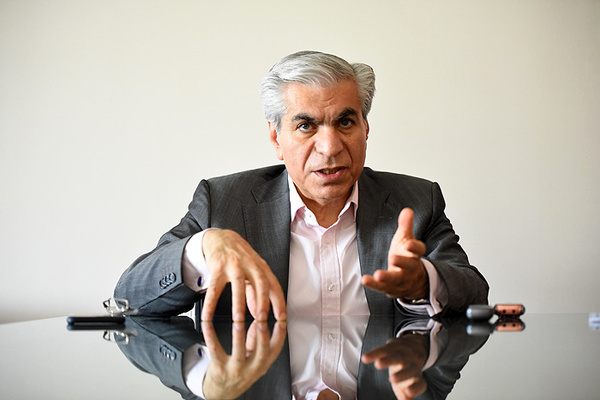 In an exclusive interview with ILNA news agency on Saturday, Mohammad Hossein Adeli said that Iran with its huge gas reserves and proximity to those countries deserves to have a better share of those markets, especially with India.

He added “Talks with countries like India have always come to a halt under the U.S. threats or incentives and today the U.S. itself is ready to provide those countries with LNG and its ally Qatar has also done so.

Referring to Turkey's policies in the region, the Iranian official said that Iran should do it best in order to save Turkey’s gas market and it is not the right time for criticism and all should help the oil ministry to manage its policies in order to earn more money for the country.

“Iran should do its best to save Turkey’s export market because Turkey once thought about the transit of Iran’s gas to Europe and its earnings but now due to the drastic developments in the gas market geopolitically, Turkey considers itself a key player and it wants to take advantage of it.”

He added that it is not a good approach that some try to hinder the export of gas and call for export of petrochemical exports and it should be changed. He admitted that this approach has put political pressure on decision-makers and has obstructed the country from its presence in the gas export markets.

The economic analyst stressed that the competition between Russia and the U.S. for ruling Europe’s gas market has provided this opportunity for Ankara to carry out the Turk Stream pipeline with Moscow in order that Russia can sell its gas to Eastern Europe via Turkey.

Adeli also urged “The foreign ministry to rush for helping the oil ministry for saving its international markets,” adding that Iran should set its policies based on international competition rather than internal political competitions and criticisms.