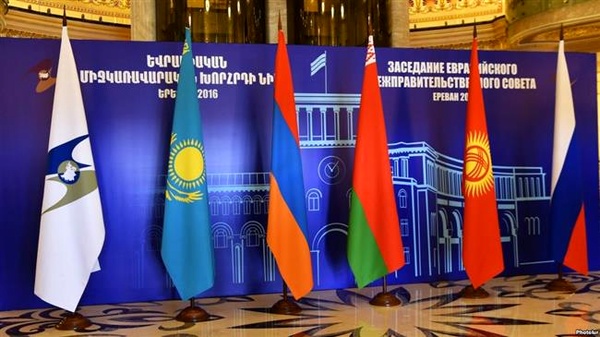 "The agreement provides for the formation of a free trade area on a limited range of goods between the EAEU and Iran,” it cited a statement on the government website as saying.

The draft agreement is intended for a period of four years, under which “the EAEU will grant Iran tariff concessions on 502 harmonized commodity codes", the statement said.

The Eurasian Economic Union includes Armenia, Belarus, Kazakhstan, Kyrgyzstan and Russia. Iran and EAEU members started to develop the agreement on the free trade in 2015, though the signing has been postponed several times.

According to the Russian government statement on Tuesday, the draft agreement was prepared to fulfill the decision of the meeting of the Supreme Eurasian Economic Council of December 26, 2016.

The draft demanded that the EAEU countries start talks with Iran “on concluding an interim agreement leading to the formation of a free trade area, and endorsed at the session of the Council of the Eurasian Economic Commission on March 7, 2017”.

Russian presidential aide Yuri Ushakov said earlier this month that the agreement was set to be signed by the two sides within months.

“The talks on drafting a temporary agreement on the creation of an EAEU-Iran free trade zone have been finalized. The plan is to sign it within months," Tass quoted him as saying.

Iran’s Ambassador to Russia Mehdi Sanaei also said talks on the free trade zone agreement between the Eurasian Economic Union and Iran were close to completion.

Iran and Russia have been exploring various avenues to deepen trade ties as a buffer against unilateral US sanctions against both countries.

Tehran and Moscow are currently in talks to sign an agreement on using local currencies in trade instead of the US dollar and the euro.

Ushakov said earlier this month that Russian investment in developing Iran’s oil and gas fields could total more than $50 billion.

Last week, Iran and Turkey opened their first letter of credit for business transactions in their national currencies as the two countries move to ditch the US dollar and the euro in bilateral trade.