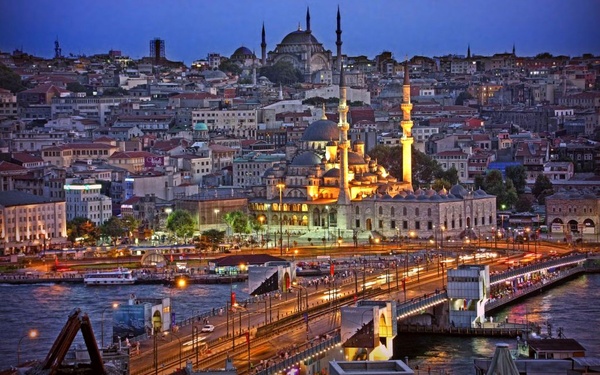 "This year the number of Iranians who went to Turkey was engrossingly huge," a tour affairs clerk at Eli Gasht, a prominent Iranian tourism company told Trend, Aug 29.

She noted that, due to the rising number of tourists and lack of vacancies, Iranians planning on a visit to Turkey should start flight and hotel booking procedures at least 10 day in advance.

"Our [flight] economy seats are already purchased to the end of the summer season," she said.

According to the clerk, Turkish beachfronts, followed by Istanbul, are the hottest vocational points for Iranians.

Statistics have shown that, Iranian tourists’ share of incoming visitors to Turkey had increased from 3.84 to 5 percent, over the past two years.

According to the Turkish Culture and Tourism Ministry’s statistical data for the first six months of 2017, the number of Iranian tourists visiting the country has exceeded 1 million, reaching the highest level of the last three years. This figure is expected to exceed 2 million by the end of the year.

Turkish success story of attracting Iranian tourists can be attributed to the competitive prices of the services.

Secretary General Çetin Gürcün of the Turkish Travel Agencies Association (TÜRSAB) stated that, Turkey is an important destination for Iranians, asserting that "Iranians feel very close to our country because of our historical ties."

Due to the geographical proximity of the two countries, accommodation and travel expenses are relatively cheap, and, therefore, affordable to an average Iranian.

Iranian tourists had contributed about $1 billion to Turkey’s tourism industry in 2015.