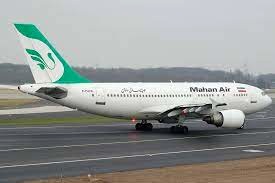 The statement was released in reaction to the news regarding the bomb threat on Airbus A340 from Tehran to Gwangju.

As soon as the pilot was alerted about the possibility of a bomb attack, he informed the control tower and requested an emergency landing in India, it added.

It noted that such reports seem to be aimed at disturbing security and mental peace.